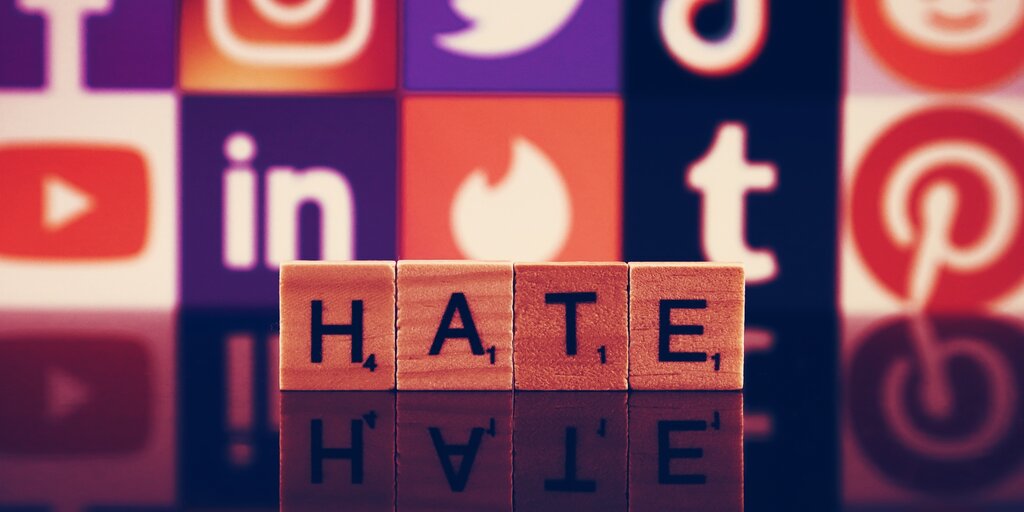 Youtube was the first to crack down on hateful content, abolishing over 25,000 channels, several of which belonged to self-avowed white supremacists including David Duke, former Grand Wizard of the Ku Klux Klan; Stefan Molyneux, a high-profile promoter of a section of “scientific racism” known as eugenics; and Richard Spencer, credited for popularizing the term “alt-right.”

The crux of the update was a commitment to banning videos asserting supremacy in order to justify discrimination against qualities including race, sexuality, gender, or religion.

“We have strict policies prohibiting hate speech on YouTube, and terminate any channel that repeatedly or egregiously violates those policies,” a YouTube spokesperson said, speaking to The Verge. “After updating our guidelines to better address supremacist content, we saw a 5x spike in video removals and have terminated over 25,000 channels for violating our hate speech policies.”

The ban didn’t come without some backlash. “@TeamYouTube just suspended the largest philosophy conversation the world has ever known,” Molyneux declared on Twitter.

' @TeamYouTube just suspended the largest philosophy conversation the world has ever known.#FreeFreedomain

Meanwhile, Spencer confirmed he would appeal the decision, adding that it seems to be part of a “systematic, coordinated effort.”

YouTube’s wasn’t the only social media purge to occur yesterday. In what’s already being dubbed “the great ban,” Reddit removed over 2,000 subreddits Monday.

The now-banned Reddit communities spanned the political spectrum. They included the pro-Trump subreddit, “r/the_donald,” which boasted over 800,000 users, as well as a popular socialist podcast r/chapotraphouse, citing around 160,000 users.

“All communities on Reddit must abide by our content policy in good faith. We banned r/The_Donald because it has not done so, despite every opportunity,” explained Reddit in an update Monday. “Though smaller, r/ChapoTrapHouse was banned for similar reasons: They consistently host rule-breaking content and their mods have demonstrated no intention of reining in their community.”

In the wake of huge social change around the world, it seems the tech giants are now taking action.