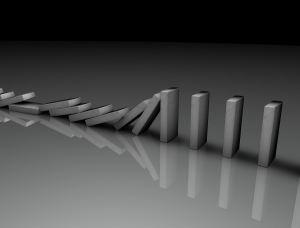 Brad Garlinghouse, the CEO of Ripple, has said his firm’s remains profitable by dumping the third most valuable asset.

In an interview with Financial Times, the CEO, when presses about the role of XRP and company’s source of profitability, said:

Ripple has been on traders’ cross hairs following widespread accusations that the for-profit company has been dumping on users.

Here is a fun quote from the CEO of Ripple:@bgarlinghouse clarified “We would not be profitable or cash flow positive [without selling XRP], I think I’ve said that. We have now.”

Dumping $XRP on you is how Ripple stays alive. https://t.co/H2KwsANDVo

Brad came out strongly against this, saying in an interview that dumping on holders wasn’t in their best interest as they were the most interest party.

“In the XRP community, Ripple is the largest owner, and we are the most interested party in the success of the XRP ecosystem.”

Last year, when prices were depressed, aggrieved holders, citing the widespread recovery of other crypto assets including Bitcoin and wondered why XRP continued to edge lower, touching lows of 17 cents in Q4 2019.

Prices have since recovered but by then, there was even a motion to fork the XRPL and roll out a new coin that’s independent from Ripple’s grip through a forceful “takeover.”

Ripple is the majority holder of XRP.

However, to keep the playing field level, the company has embarked on a decentralization strategy and most important paused programmatic sales to cryptocurrency exchanges, only limiting sales to over-the-counter exchanges.

Instead, their aim was to build partnerships on potential zones including APAC where they recently sealed a deal with Azimo, a money transfer service. The deal will see the firm incorporate XRP and On-Demand Liquidity:

“Ripple continued the pause of programmatic sales, focusing solely on our over-the-counter (OTC) sales with a few strategic partners, who are building XRP utility and liquidity in strategic regions including EMEA and Asia.”