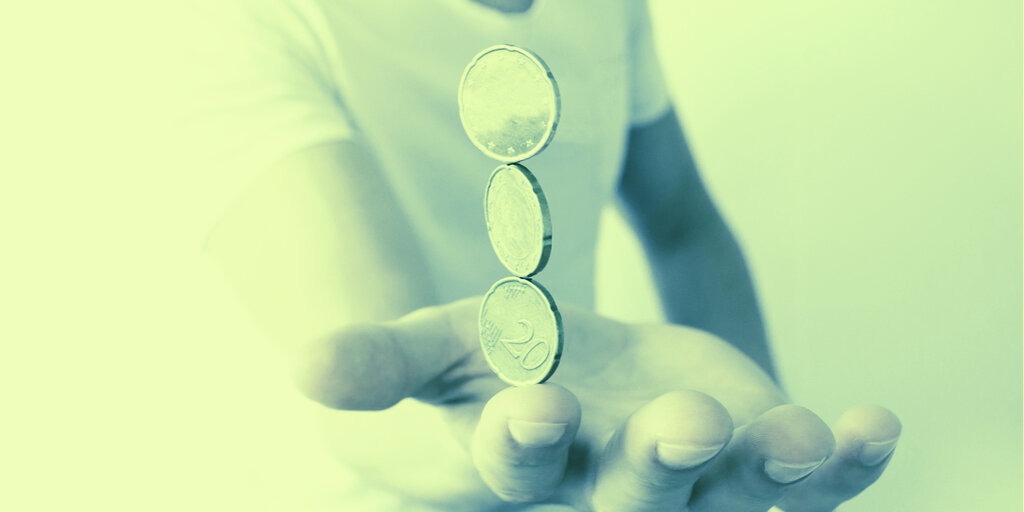 But this one, announced today by the creator of the popular yearn.finance platform, goes against the grain, getting away from the governance token craze that’s currently driving digital asset lending protocols. That seems like a deliberate break from the landscape of DeFi, which creator Andre Cronje recently referred to as “degenerate finance.”

At first glance, StableCredit seems to take many of the best decentralized-finance buzzwords, put them in a blender, and pour them into a protocol.

Creator Andre Cronje elaborated and laid out the process step by step.

First, users put in some USDC, each unit of which should equal roughly $1.00, since it’s a dollar-pegged stablecoin. (Though USDC is a stablecoin pegged to the dollar, that doesn’t mean it always equals $1.00. In the last year, it spent nearly a month at $1.01 or higher and dropped below $0.97 twice.) An oracle delivers the exact price of a dollar to a USDC stablecoin and mints StableCredit USD at that rate.

A mixture of equal parts USDC and StableCredit USD goes into an automated market maker, which tries to keep the total value of those assets equal.

After that, things get, somehow, more complicated. But what users ultimately get is a specific amount of StableCredit USD, a tokenized version of the US dollar, which they can use as collateral to borrow other assets within the AMM.

If it seems like just any other DeFi protocol, there’s one key difference, cryptocurrency researcher Hasu notes: “The innovation is a lending protocol without governance.” Therefore, there’s no need for token voters or “to extract rent from users.”

Governance tokens are all the rage right now. First lending platform Compound, then exchange Synthetix, then lending protocol Aave, then, well, everybody started using governance tokens as a way to redistribute control of the platforms and protocols to those who use them.

Governance tokens, though meant to serve a utility by giving a user voting or governance rights in exchange for providing liquidity, have become hot properties in their own right as users look to leverage them for interest.

Cronje’s own YFI, the governance token for yearn.finance, is trading for over $33,000, though Cronje himself said it was designed to have “0 financial value.”

It’s too early to know what financial value StableCredit will bring. According to Kronje, the user interface will be ready later this month.