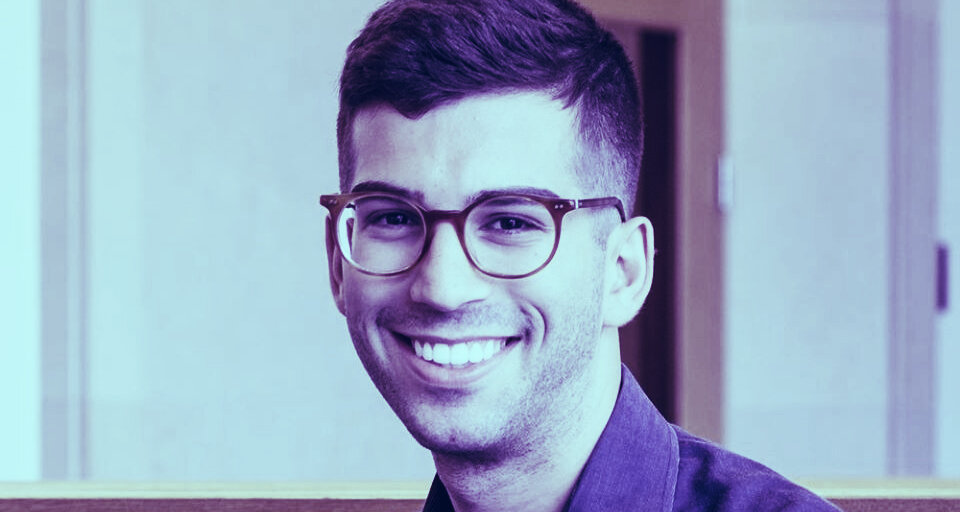 Just like the man he once represented, Herzog is running a campaign more notable for its enthusiasm than its likelihood of success. Also like Yang, he’s attracting notice in the cryptosphere—most recently from Ethereum co-creator Vitalik Buterin and technologist E. Glen Weyl, who appeared on Herzog’s weekly podcast Digital Dialectics on Monday to discuss the need to overhaul our political, social, and economic systems.

Weyl has called Herzog “one of the most exciting candidates running this year…In these impossible times where our society is coming apart, [his] is the kind of leadership we need.”

Many of Herzog’s policy positions are taken from Yang’s own platform and his campaign literature refers to him as “the new Crypto Candidate.” Specifically, Herzog wants to piggyback off of Wyoming’s crypto-friendly laws as well as the Token Taxonomy Act, now languishing in Congress, to create national legislation that clarifies the regulatory status of digital assets.

His politics are more to the left than deep red Wyoming—both socially and fiscally. He supports universal healthcare, overturning the ban on transgender members of the military, and working toward net-zero climate emissions within 30 years. But he finds common cause with libertarians on a number of issues that have come to the fore in recent weeks. For example, he argues for an end to qualified immunity for law enforcement, the prohibition of no-knock warrants, and a move away from mass incarceration.

At the moment, the United States is in what may feel to some like a revolutionary moment in which traditional policy ideas do not appease the public. Between COVID lockdowns and the nationwide protests after George Floyd’s death at the hands of Minneapolis police, people are looking for more than just ideas that conform to the left-right spectrum. They’re re-thinking the entire system.

This provides an entry point for Yang’s protégé, who is a contemporary of Buterin and Weyl. The former created a decentralized blockchain that would go around entrenched institutions and reorient power toward users. The latter is an academic who’s proposed a radical revision of people’s relationships with property and political representation.

Buterin, appearing on Zoom in front of an empty wine shelf and with a fresh haircut (t-shirt not visible), opened by talking about how to get everyone working together without being controlled by institutions. “There is this known problem and this known risk that, if you create some kind of large network for people to cooperate and this network is controlled by one single actor, than that one single actor can do a lot of nasty things with that control,” said Buterin, who went on to refer to monopolies and abuses of power.

Weyl spoke of people’s distrust of institutions to protect their interests, pointing out that top-down systems seem to have trouble shifting power downward. “On the other hand,” he said, “there’s a very clear recognition that more than ever in the time of COVID, the problems that we face are collective, not individual, and that if we each try to protect ourselves rather than protecting some notion of the public, it’s like trying to replace the military with a bunch of bodyguards guarding individual buildings.”

Yet reconciling those two problems isn’t as easy as pushing a button and creating a world computer. It’s an iterative process that we’re in the middle of.

Said Weyl, “The American republic did not come from a revolution in the standard sense. It came from a much more powerful phenomenon, which is ideas spreading, people living those ideas, and then over time as the ideas were lived, those ideas becoming formalized at higher levels and replacing existing forms of authority.”

At the moment, Herzog will likely have to rely on spreading ideas through his podcasts and advocacy work rather than in the halls of Congress. To get there, he would have to first knock off popular incumbent Jerry Nadler in the June 23 Democratic primary—not to mention better-funded, second-place challenger Lindsey Boylan. However, if he pulls off a win, he’d likely face an easy path to Congress in the general election in the heavily blue 10th district, which spans Manhattan and Brooklyn.

Even if Herzog falls short, which is likely, the campaign—and the spotlight it’s giving to outside-the-box ideas—is just a sign of things to come. Andrew Yang is reportedly considering a run at New York City mayor when Bill de Blasio’s term ends next year. Weyl is working on quadratic funding. And, hey, have you heard about this thing called Ethereum which is going to decentralize everything?

Herzog has. And more political candidates like him are coming.