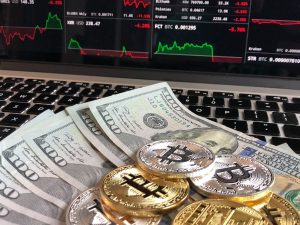 As bulls flex their muscles, the 50% Fibo is limiting the gains as the initial resistance zone. If Bitcoin zooms above this hurdle, it could stir momentum above $7,400 and push toward the psychological $7,500.

In spite of the downside correction following the rejection from $7,600, Bitcoin is still sustaining an uptrend within a rising channel. As long as the channel support is defended, BTC could gradually rise to levels above $8,000 before the Christmas festivities. However, if the channel support gives in, Bitcoin could spiral below the next support targets at $7,200 and $7,100. $7,000 is the last resort for Bitcoin before a potentially devastating drop to $6,500 and $6,000 respectively.

In the meantime, the current momentum is bullish amid the larger positive trend within the ascending channel. The Relative Strength Index (RSI) is moving north after averting correction into the oversold region. The RSI has eyes on 70, a move likely to encourage more buying entries. The safest move for Bitcoin is to reclaim the lost ground above $7,400 and $7,500.