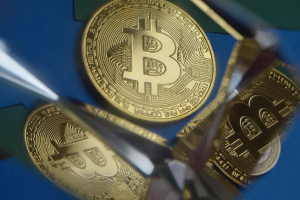 Bitcoin is exploring more of the downside and is vaguely concerned with the upside. The ongoing losses started a week ago when recovery from levels close to $7,100 failed to break the resistance at $7,700. Bitcoin bulls, demoralized, chose to stick to the sidelines, allowing the bears to have a pre-holiday celebration.

The supports at $7,600 and $7,400 initially came out strongly, ensuring sharp declines remained at bay. However, with the increasing selling activities, coupled with little to no action from the bulls, the price dived further and compromised the next hurdle at $7,200. The break under the key support at $7,000 became devastating enough to the extent BTC tested November lows around $6,530.

The daily chart clearly shows Bitcoin disintegrating within a falling channel. The channel support and resistance have been tested on several occasions. However, they remain intact suggesting that the downtrend could last longer and even transit into 2020.

The RSI appears to have slowed the downtrend and is seeking refuge at 30. Upward correction heading to the average will encourage the bulls to add more buying entries. However, for now, investors should get used little or no upward action.