Wow! Dogecoin still 40% up after Elon Musk and TikTok dumps 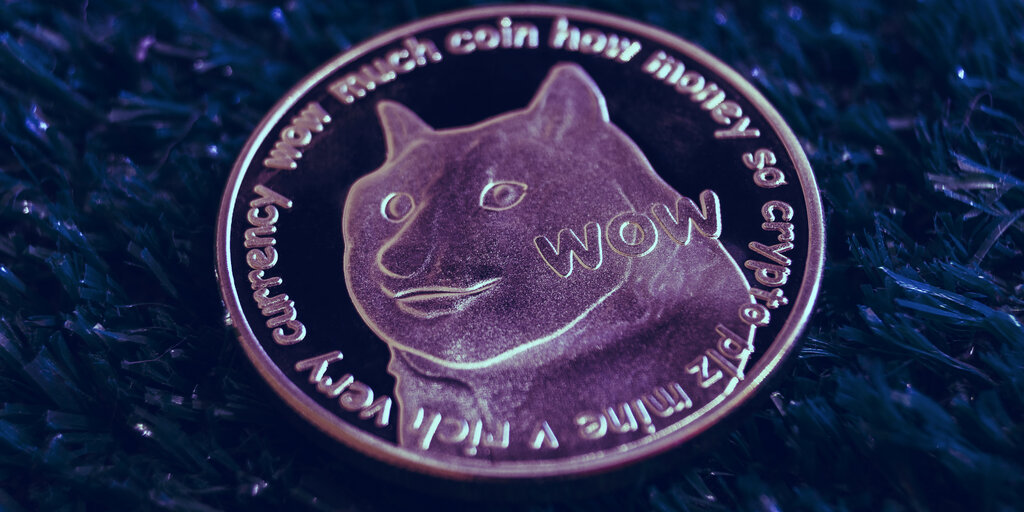 The price of the world’s most expensive meme, Dogecoin, is still going strong—one week after billionaire entrepreneur Elon Musk pumped the coin on Twitter and three weeks after it was pumped by TikTok users.

Dogecoin—a coin invented as a joke—is currently worth $0.003229, according to CoinMarketCap data. Before all of the pumps, Dogecoin was worth $0.002305.

So, despite the dumps that have followed each pump, Dogecoin ended the month up 40%. Thanks, Elon! Thanks, Jake Paul!

What’s with all the pumps?

Dogecoin’s price rose on July 7 after a popular TikTok video urged viewers to invest $25 in Dogecoin, part of a group effort to pump the value of the coin to $1.

“Let’s all get rich! Dogecoin is practically worthless. There are 800 million TikTok users. Invest just $25. Once it hits one dollar, you’ll have ten grand. Tell everyone you know.” said huckx8 in his viral TikTok video.

Next came Elon Musk. The Tesla CEO started tweeting about the coin on July 17. His first tweet comprised a meme about Dogecoin dominating the financial system. Following the tweet, Dogecoin’s price spiked by 18.5% in little over one hour, from $0.003043 to $0.003607.

The coin then fell in price again—but Musk wasn’t quite finished. The next day he continued to pump the coin on Twitter, asking if it was “really a valid form of currency” before deleting his thoughts. Following this, Dogecoin’s price shot up by 8% to $0.003738 in half an hour, before falling again by 3.5% to $0.003606.

The coin may not have maintained the peaks, but it’s still up by about 40% compared to its pre-pump fortunes.

Musk’s been here before

This isn’t the first time Musk, CEO of SpaceX, has hyped up the meme-inspired cryptocurrency. He previously called himself the “CEO of Dogecoin” and has said it’s his favorite digital asset.

Whether Musk’s statements should be taken seriously or not is another thing. Dogecoin’s own creator has said that the coin was never supposed to be worth what it is now. The coin, which represents the Shiba Inu “doge” meme,  was created to poke fun at all the altcoins popping into existence.

Elon Musk is no stranger to causing price changes via Twitter. In May he said that Tesla stock price was “too high” and its later price crashed.

Musk’s erratic tweets have previously got him in trouble with the Securities and Exchange Commission (SEC)—who in 2018 accused him of securities fraud after he announced on Twitter that he was thinking about de-listing Tesla from the stock exchange.

For Dogecoin, the meme-world has benefited from his antics.