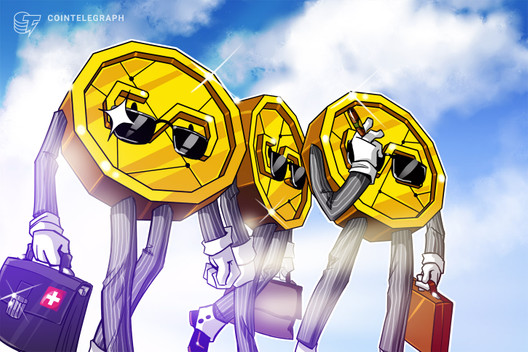 Amid the massive growth of stablecoins in 2020, the cryptocurrency community is setting up an international stablecoin organization in Switzerland.

Called the World Stablecoin Association, or WSA, the Geneva-headquartered organization is to be launched by cryptocurrency exchange VirgoX and blockchain capital markets firm Global Digital Assets, or GDA Capital. The WSA announced this new to Cointelegraph on July 23.

Adam Cai, CEO of VirgoX, outlined that the ultimate goal of the initiative is to build a true, unbiased global association composed of all major stablecoin projects.

According to Cai, the WSA is already in discussion with major stablecoin providers like Tether (UDST), USD Coin (USDC), Dai (DAI), and HUSD. Cai noted that these companies are targeting joining the WSA by the end of 2020, while the association is now incubating early-stage stablecoin projects.

“It should not only be trading pairs but also global payment and cross-border remittance. Also, to encourage users to hold stablecoins as a means of storing value would also need projects to find various applications to generate values, such as interest-bearing products, such as staking, etc.”

WSA membership during the launch

Other members include stablecoin-related initiatives like BRZ, CBRL, Peg Network, QC, Stably, USDK, XDB, as well as capital groups such as Nova Club, Alpha Sigma Capital, and Beijing-based Consensus Labs. According to the announcement, the WSA welcomes a wide array of companies like enterprises, government agencies, and other active firms advocating for the stablecoin industry.

The news comes amid massive growth in the stablecoin industry this year. The world’s largest stablecoins, Tether USDT and USD Coin, have been hitting major milestones recently. USDT hit a new all-time high threshold in its market capitalization, reaching a $10 billion figure earlier this week. As reported, Tether’s issuance has seen a significant growth in 2020, doubling from $5 billion in just five months since March 2020.

VirgoX’s exec outlined that the further growth of the stablecoin industry will provide major benefits to global users. Cai said:

“Together, this NPO is collectively pushing the industry forward to serve the needs of global users. To add on that, we do believe the stablecoin market cap is going to explode in the very near future. We have seen stablecoin exceeding 10 billion not long ago. The % growth in the past 2 years is significant. This trend will surely continue.”