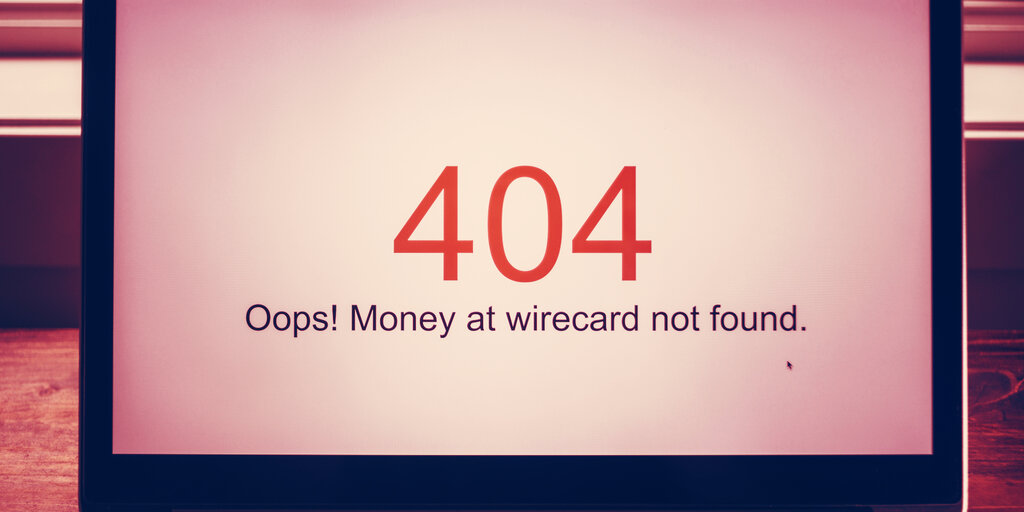 Over the last week-plus, the Wirecard saga has gone from bad to much, much worse—and the full extent of the fallout is still taking shape.

Following the German fintech company’s insolvency filing on Thursday, the cryptocurrency debit cards that Wirecard operates—issued by Crypto.com and TenX—were frozen for UK and European customers.

On Friday, things got worse for many customers of British fintech firms associated with Wirecard, who found their assets frozen. That’s because the UK’s Financial Conduct Authority (FCA) ordered Wirecard’s Newcastle-based UK division to suspend access to accounts to protect the funds within.

British fintech companies Curve, Pockit, and ANNA Money were among those impacted by the decision, and confused customers prodded the firms via social media to inquire about the status of their accounts and the safety of their money

The FCA's freeze on Wirecard's UK operations has caused disruption in UK fintech:

ANNA told customers to withdraw their money by 12pm and get to an ATMhttps://t.co/v8aMKNFhui

It is not yet known when the FCA will rescind the order so that affected customers can access their accounts.

The story so far

On June 18, Wirecard announced that its auditing firm, Ernst & Young, discovered a $2 billion hole in the company’s balance sheet. Dr. Markus Braun, who had been CEO for 18 years, quickly resigned the next day, plus Wirecard suspended board member and COO Jan Marsalek.

Since then, Braun turned himself in to authorities after being sought for suspicion of lying to police, and Marsalek—whose whereabouts are apparently unconfirmed, according to the Financial Times—has been fired by Wirecard.

Wirecard filed for insolvency on Thursday in Munich, leading to the issues with the aforementioned crypto debit cards and British fintech services. According to Bloomberg, Ernst & Young issued a statement claiming that Wirecard provided “false confirmations and statements with regard to escrow accounts.”

“There are clear indications that this was an elaborate and sophisticated fraud,” the statement continued, “involving multiple parties around the world in different institutions, with a deliberate aim of deception.”