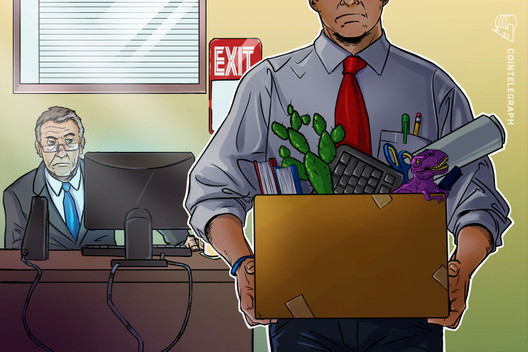 730 people from Wirecard’s German offices will be given pink slips.

Wirecard has announced it will lay off 730 out of its 1,300 staff in Germany following a $2.1 billion scandal that left the company insolvent in June.

According to an Aug. 25 report from Law360, Michael Jaffé, a lawyer and representative of Wirecard’s administrator, said that “far-reaching cuts” were necessary for the company to effectively maintain the option of exploiting its core businesses.

“The usual restructuring and cost-adjustment measures are not sufficient,” Jaffé said. “The economic situation of Wirecard AG was and is extremely difficult in light of the lack of liquidity and the well-known scandalous circumstances.”

Two months ago auditors were unable to locate more than $2.1 billion that was supposed to be sitting in the FinTech firm’s Philippines-based accounts. Former CEO Markus Braun and other executives have been arrested for misrepresenting the company’s balances, and the payment processor ended up filing for insolvency on June 25.

Wirecard’s UK subsidiary issued a number of crypto debit cards including for Crypto.com and TenX, and the fallout from the audit saw the firm suspended by the country’s Financial Conduct Authority.

At least six people from Wirecard were able to find alternative employment prior to Jaffé’s announcement. According to an Aug. 25 report from Reuters, a six-person technology team from Wirecard will be moving to Berlin-based FinTech group finleap.

Since the dissolution announcement, Wirecard has made arrangements to sell its U.K. operations to Railsbank, a local startup backed by Visa, and its Brazilian business to PagSeguro Digital, a New York competitor. Jaffé stated the company was currently in negotiations with several interested parties regarding the sale of its core business.

Despite Braun’s arrest and the firm currently in administration, there are still a few loose ends in this ongoing scandal. Chief operating officer (COO) Jan Marsalek is reportedly on the lam in Russia, financing his fugitive status with Bitcoin (BTC) he was able to transfer from Dubai. In addition, a Mastercard executive at the FBME bank in Cyprus has recently been implicated in covering up money laundering connected with Wirecard.

Wirecard’s creditors will meet for the first time in Munich in November.