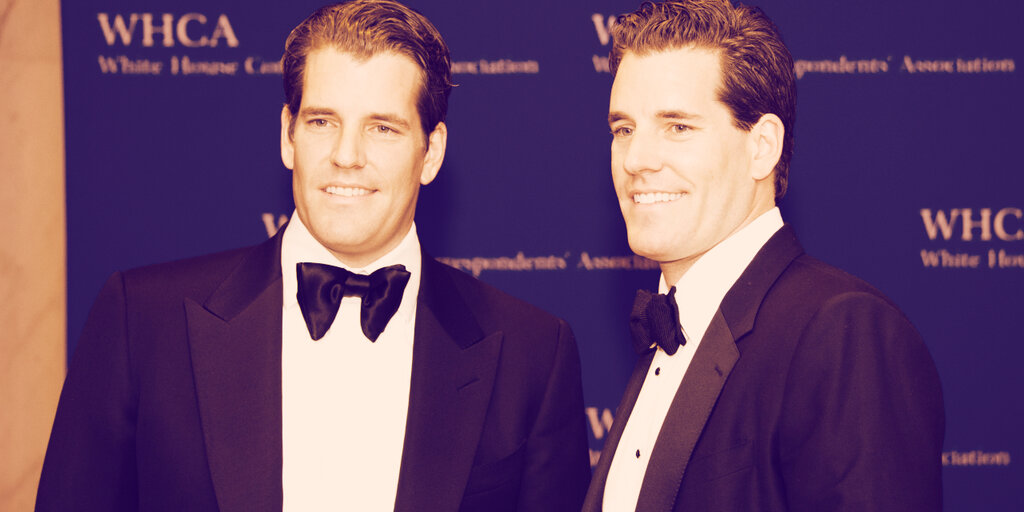 From the time it opened in 2015 until this spring, Gemini had only ever offered a few popular and time-tested coins: Bitcoin, Bitcoin Cash, Ethereum, Litecoin, and Zcash. Then, this year, the exchange nearly doubled its dollar-crypto trading pairs, adding Orchid Protocol (OXT), DAI, Chainlink, and BAT–while skipping over mainstays like EOS and Ripple’s XRP.

As exchange co-founder Cameron Winklevoss alluded to in a Consensus: Distributed interview today, supporting new cryptocurrencies isn’t the eye-catching part. It’s where they plan on taking them: Europe. Said Cameron, “It’s sort of a very obvious next step for us.”

He anticipated that those coins would be available for trading in not just dollars but also pounds and Euro “in the months or quarters to come as we expand into Europe—into Asia as well.”

All that seems to be needed is a license to operate in Europe, which Cameron said is pending. It shouldn’t be a problem. Gemini was one of the first crypto businesses to receive a Trust License to operate in New York, and the twins are known for playing nice with regulators.

Their good working relationship with regulators has arguably allowed them to push the envelope when others were more likely to burn bridges. In 2018, for example, Gemini began supporting Zcash—the first exchange licensed to do so. The reason, said Tyler, was simple: “If a bank sends Bitcoin to another bank, people can see that and maybe front-run that information or do other stuff.” There’s just not much in the way of commercial privacy. Zcash, led by Zooko Wilcox, can do that, he said.

And the Winklevii will certainly want a little bit of commercial privacy as they take their mid-sized U.S. exchange global and seek to excel in a crowded marketplace. On the day of Bitcoin’s halving, the twins projected a bullish future for crypto despite—or perhaps because of—the COVID-19 crisis.

Said Cameron, “The talking points have been the same since we got into Bitcoin about eight years ago and the first halving, but the dynamics of fiat regimes has drastically changed.” It can still be a safe haven or digital gold, in other words.

Added Tyler, “It seems like every four years, things improve by an order of magnitude, whether it’s price, the human capital coming into the space, the projects. So, I expect this four years to be the best four yet.”

Editor’s note: An earlier version of this article incorrectly reported that Gemini had received a “BitLicense” from New York regulators. Gemini, a New York state limited liability trust company, received a Trust License, not a BitLicense. Also, Gemini opened in 2015, not 2018, as a previous version stated. We regret the errors.