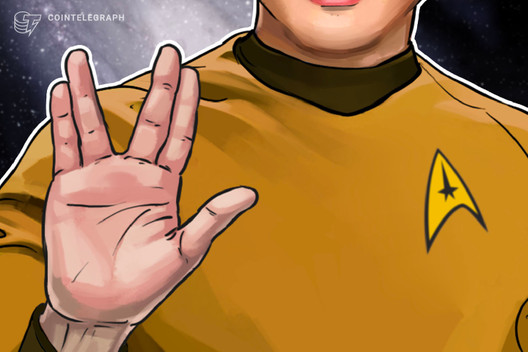 Digital collectibles featuring personal memorabilia from the actor best known as Captain Kirk of the USS Enterprise have sold out in just minutes.

Non-fungible token (NFT) trading cards featuring images from William Shatner’s personal life and career, from the 1930s to today, sold out in nine minutes according to WAX. The online marketplace for virtual items offered 10,000 “packs” for sale, featuring roughly 125,000 digital collectibles in total.

Collectors can now buy, sell, and trade the cards amongst themselves. Some of the scenes included Shatner’s headshots and characters from his early acting days and there are also more personal moments including him hugging fellow actor Leonard Nimoy, AKA Spock, and even an X-Ray of Shatner’s teeth.

“I’m astonished at how quickly it all happened,” Shatner told Cointelegraph, adding he hopes people who purchased the NFTs would be able to find new friends in trading them.

“The cards themselves represent a beautiful past,” he said. “The verification of being on the blockchains represents a great future. So we have the past and the future mixing together.”

The Star Trek actor has been a blockchain advocate for some time, promoting the technology on his Twitter account. Shatner spoke to Cointelegraph Magazine in June, saying that “putting something on a blockchain is forever.”