Will VET Successfully Break Out Above Resistance? 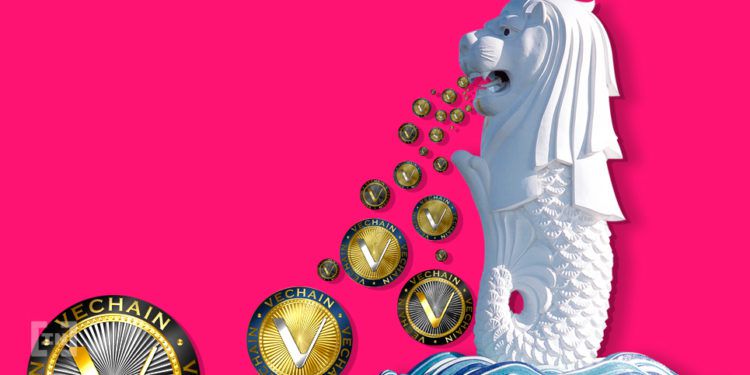 Vechain (VET) is trading inside an important resistance area. Whether it will break out above or get rejected will likely determine the direction of the future trend.

On July 2, the VET price broke out from a symmetrical triangle that had been in place since June 12. It has been increasing since. While the breakout is bullish, there is some concern due to higher volume during the rejection phase.

To see this, compare the long upper wick with the bullish engulfing candlesticks. The price has currently reached the $0.0105 resistance area, created by the June highs.

Throughout the triangle, the price found support above its 600-hour moving average (MA). As long as the price is trading above it, the trend remains bullish.

The breakout was also noted by cryptocurrency trader @Glow1994, who outlined a five-wave formation before the increase. However, he did not give a target for the upcoming move, so a look at the longer-term chart is required to determine where the price is heading next.

The 2-day chart reveals that the price has not traded above the current level since 2018, and has made two unsuccessful breakout attempts until now.

Technical indicators reveal weakness, suggesting that the price is unlikely to break out. There is considerable bearish divergence developing on the RSI, which is in overbought territory.

Furthermore, volume has been much lower during the second attempted breakout, suggesting that the upward move is losing strength. The price is likely to decline from here. If it does, the closest support area would be found at $0.0078.

The VET/BTC pair shows a similar movement. The price is currently trading slightly above the 105 satoshi resistance area, which has been in place since May 2019. However, the price has yet to reach a close above this level, so if a sharp drop occurs, it would leave a long upper wick in its wake.

The RSI has also formed bearish divergence, and volume has been much lower during the current breakout attempt, so a price decline is expected.

The closest support area is found at 70 satoshis.

The post Will VET Successfully Break Out Above Resistance? appeared first on BeInCrypto.