Will Declining Usage Of Cash Force Bank of Canada (BOC) To Launch Its Own Digital Currency?

Will Declining Usage Of Cash Force Bank of Canada (BOC) To Launch Its Own Digital Currency? 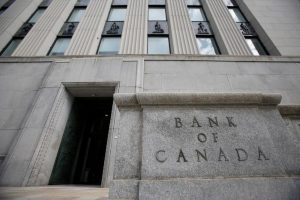 There are two scenarios which will force the Bank of Canada (BOC) to issue its own digital currency. First, if cash as we know cannot serve its purpose as a utility, or second, if private digital currencies (stablecoins) become widespread.

Given the state of the global economy, the likelihood of the first scenario coming to pass is very low (considering governments are unlikely to let go of their tight grip on monetary policy control).

However, the second—of which several nations including China which is currently experimenting with the Digital Yuan, and Estonia are leading the pack with plans of issuing out their central-backed digital currencies for efficiency and monetary policy expediency reasons.

Bank of Canada (BOC) needs it digital currency because of Coronavirus

Barry Campbell, a former Member of Parliament and a Lobbyist, in a Global and Mail opinion piece is nonetheless confident that the rapid spread of coronavirus—which is believed to stick on surfaces, and the refusal by some retailers to accept cash is already hampering BOC plans.

However, BOC’s defense on cash, he argues is outdated, as coronavirus’ rapid spread has many questioning the wisdom of handling cash.

The decline in cash use over the last few months is paving the way for digital alternatives and what’s spooking the central bank is the rapid spread of stablecoins. It is estimated that over $7.3 billion in USD term worth of stablecoins are secured in the Ethereum platform.

For the central bank, therefore, to maintain control of monetary policy and the money printers (their preferred arsenal), Campbell argues, the BOC needs to readjust and issue out their own digital currency out of necessity.

This is so because coronavirus is disrupting the way people handle and use money, and it may end up being permanent.

Still, the idea of governments issuing out or contemplating on issuing digital currencies is nothing new. The emergence of alternative currencies other than gold and especially the proliferation of digital currencies like Bitcoin has forced central banks back to the drawing board.

There are applicable rules in place, fuzzy as they are, democracies around the world give their citizens the right to own digital assets regardless of how it is classified.

Canadians, Americans, Indians, and a majority of leading democracies are free to trade cryptocurrencies despite digital assets being classified as commodities.

In China which has the Digital Yuan and are at advance stages of a rollout, citizens can own them but can trade them at platforms or participate in token sales where digital assets are issued.

But this is what I haven’t seen folks making this case address: Assume the yuan becomes a widely used medium of exchange. One a transaction is complete, do parties hold on to the yuan? pic.twitter.com/tnNytzq9Lz

The blockchain narrative has succeed, and the country leads with the number of blockchain related patents essentially becoming a research and development arena.

Original Source: Coin GApe Will Declining Usage Of Cash Force Bank of Canada (BOC) To Launch Its Own Digital Currency?