Will Apple be the next company to adopt Bitcoin after Tesla? 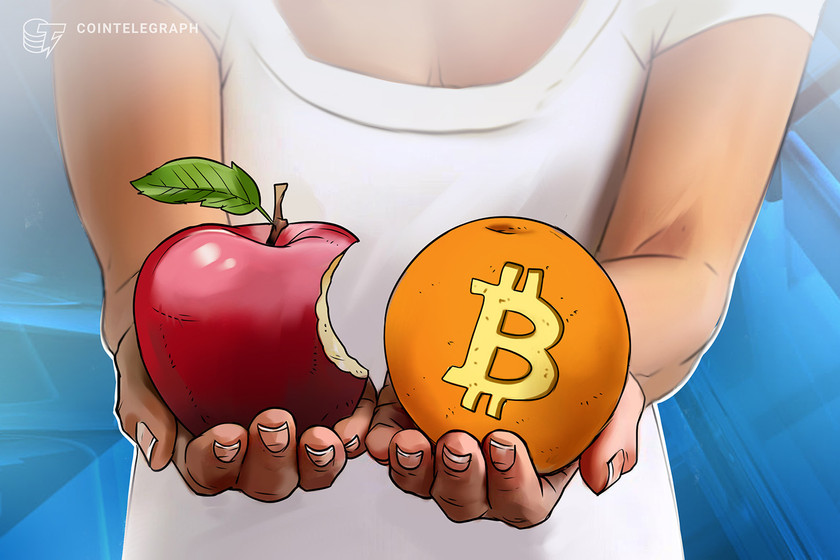 “The firm could unlock a multi-billion dollar opportunity with a few clicks,” said analyst Paul Steves.

Earlier today, Tesla Motors announced it had made a major Bitcoin purchase and planned to introduce crypto payments in the future. Some in the industry are now speculating that Apple will be the next institutional player to adopt the crypto asset.

In a market report from Royal Bank of Canada Dominion Securities analyst Paul Steves, the introduction of the tech company into crypto could create more than $40 billion in annual revenue and make waves across the industry.

He based this prediction on the history of Bitcoin (BTC) revenue at payments company Square, which reported more than $1.6 billion in revenue from BTC in Q3 2020. Square has roughly 30 million monthly active users, a fraction of Apple’s install base, reported by CEO Tim Cook to be 1.65 billion devices as of January.

“If [Apple] decides to enter into the crypto exchange business, we think the firm could immediately gain market share and disrupt the industry,” said Steves, adding that the move could help make the U.S. a crypto leader for up to 20 years. “The firm could unlock a multi-billion dollar opportunity with a few clicks.”

Earlier today, Tesla Motors announced that it had allocated part of its balance sheet to Bitcoin and would be introducing crypto payments for its cars at a later date. The introduction of a high-profile player in the tech industry — and the subsequent surge in the BTC price to a new all-time high — has many in the crypto community clamoring for Apple to be next.

In November, Toroso Investments’ portfolio manager Dan Weiskopf said that Apple investing between $10-20 billion into Bitcoin would be more profitable in the long term than the tech company “aggressively buying back stock.” He added the crypto investment would also be a hedge against inflation.

With a market cap of more than $2.2 trillion, Apple is the world’s most valuable company and has roughly $200 billion cash on hand — hypothetically enough to buy 25% of all Bitcoin in circulation.