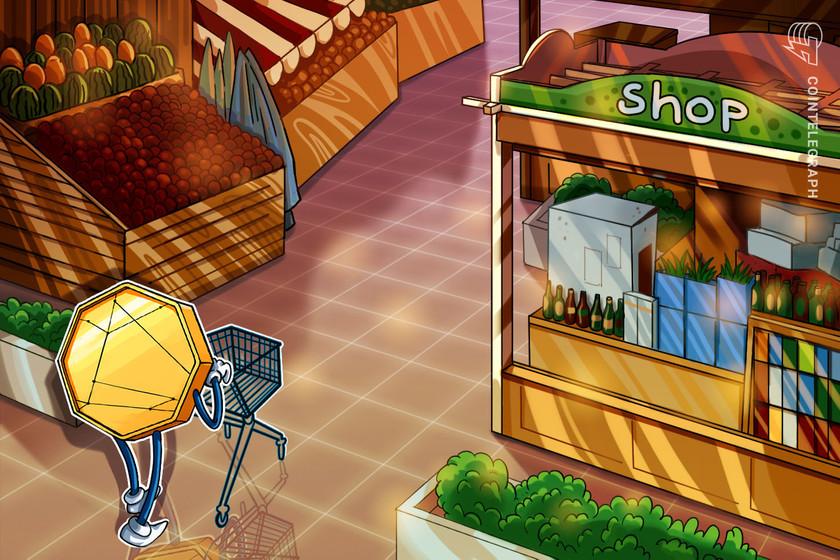 Amazon and eBay don’t appear to be in a hurry to start accepting crypto. Does the digital assets sector need to create a platform of its own?

When Satoshi Nakamoto released the whitepaper for Bitcoin, his vision was simple: Creating a form of electronic cash that enables payments to be sent without a bank’s involvement.

Few could have anticipated how popular the cryptocurrency would end up being — let alone its impressive market cap of $635 billion. But Bitcoin’s success has largely hinged upon how this digital asset is often bought and kept for speculation. According to a recent Binance survey, just 11% of those who own crypto use it to make payments.

Amazon and eBay have shown little interest in rolling out support for digital assets, a move that would enable millions of users to spend their crypto freely. One long-standing irony lies in how you can buy pro-Bitcoin shirts on both of these platforms… but only in cash.

Waiting around for these e-commerce titans to embrace crypto might not be the best approach to take, either. Bitcoin has been around for more than a decade, Ether first launched in 2015, and thousands of altcoins have followed in their footsteps. Smaller independent retailers have started allowing major coins to be used for retail therapy, but many of these merchants are based in niche sectors and have a limited range of products.

As a result, consensus is growing that the crypto sector should build its own answer to Amazon and eBay. The advantages extend beyond ensuring that digital assets can finally be used for their intended purpose. Taking this initiative will prevent capital from flowing to tech titans who already generate billions of dollars in profit a quarter. Better still, it can also lead to a more equitable ecosystem — one where small businesses who sell their wares pay lower fees and protect their razor-thin profit margins.

Financial freedom? Don’t bank on that

For the e-commerce startups that are building crypto-focused platforms, this isn’t just about making it easy to buy a pair of sneakers using Bitcoin. It’s about delivering true financial inclusion for all — and delivering blockchain technology to millions of people.

At present, if you want to buy something on Amazon or eBay, you’ll need to have a debit card — and for this, you’ll need a bank account. That’s little comfort for the hundreds of millions of people who don’t have access to these financial services. Getting a credit card presents even more hurdles to jump through, as you’ll need to prove that you have a stable income and fit a bank’s strict lending criteria. And although prepaid cards that can be topped up with cash are available, they’re often subject to sky-high transaction fees.

All of this has contributed to a world where making purchases is near impossible to do without a bank’s involvement somewhere down the line. And although cryptocurrencies can be converted into fiat to make e-commerce purchases, this process can end up being fiddly and time consuming.

DeFi For You is positioning itself as the crypto industry’s answer to Amazon and eBay. The platform aims to support small and medium-sized businesses by enabling them to sell their products in exchange for digital assets.

As well as democratizing the retail world, the company has bold ambitions to shake up the world of lending by allowing anyone to set up their own pawn shops and issue short-term loans secured by smart contracts. The use of blockchain technology enables someone to prove they are trustworthy over time and access preferential lending terms — without having to fit a bank’s narrow criteria.

Through DeFi For You, users become their own bank — and have an opportunity to start their own business.

In a recent AMA session with Cointelegraph, DeFi For You CEO Adam C. Chaplin said he was inspired by a documentary about a pawn shop in Marbella which specialized in allowing rich people to use their luxury items as collateral — servicing high net worth individuals who may encounter cashflow problems from time to time.

There is one hurdle that may have been holding Amazon and eBay back from accepting crypto: Concerns over scalability. The Ethereum blockchain has become exceedingly popular among DeFi protocols over the past 12 months, but all of this congestion has caused the network to creak under the pressure. DeFi For You has reacted to this by opting to use the Binance Smart Chain, which boasts quicker speeds and lower costs thanks to a block time of between three and five seconds.

DeFi For You is holding a 24-hour initial DeFi offering on the Binance Smart Chain, which begins at 10pm UTC on 31. Jan.

Learn more about DeFi For You

Disclaimer. Cointelegraph does not endorse any content or product on this page. While we aim at providing you all important information that we could obtain, readers should do their own research before taking any actions related to the company and carry full responsibility for their decisions, nor this article can be considered as an investment advice.