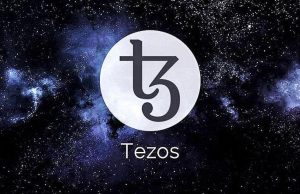 Tezos (XTZ) has a way of keeping investors, traders and cryptocurrency enthusiasts on their toes guessing what move it is going to make next. While the majority, if not all cryptocurrencies are trading at levels higher compared to those in December last year, Tezos is among the cryptoassets (if not the only one) that have traded new all-time highs in 2020.

Tezos spiked from $1.2270 (traded on January 1, 2020) to $3,94 (all-time highs). However, the bearish wave that has been sweeping through the crypto market since February saw it dive to $2.5250 (recent low). The trading in March has been massively yielding for Tezos compared to other altcoins in the market. XTZ/USD is up 18% from the recent low (February) to teeter at $3.0824 (market value).

Tezos Surges In The Wake Of “Carthage” Protocol Upgrade

The Tezos community managed to vote-in the implementation of the network upgrades, “Carthage” that is said to have greatly contributed to the surge in price. The latest upgrade has helped to fix issues associated with the previous protocol version. The current protocol, 006 saw the network leave, Babylon protocol to Carthage at block 851,961. Key features brought into place included an increase in gas limit and fixes applied to the previous version.

At the time of writing, XTZ is trading at $3.12 but a growing bullish momentum suggests that a return to levels above $3.30 is in the offing. The momentum is supported by the up-trending RSI. Tezos is supported by channel support, the 50 SMA as well as the 61.8% Fib level at $3.0291.