Why Tether has printed $5 billion USDT this year 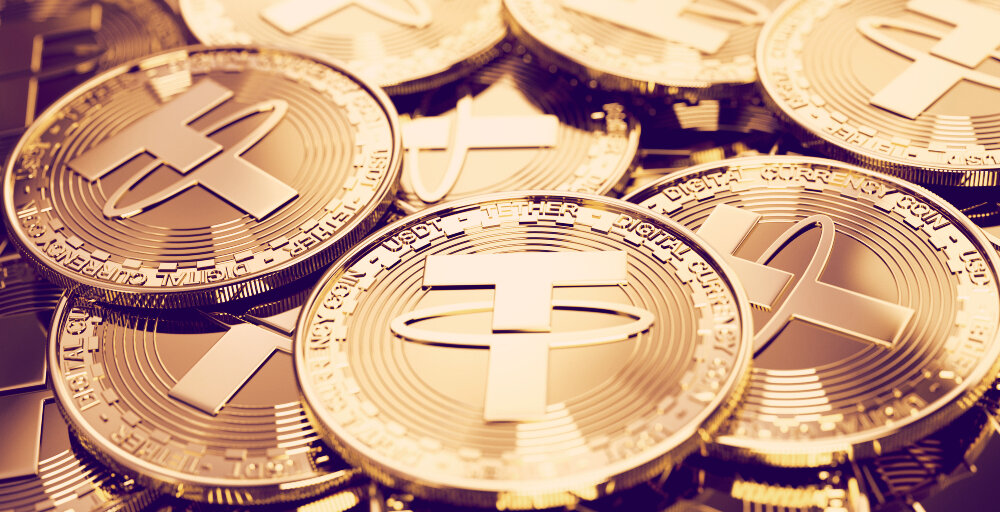 Tether and Bitfinex CTO Paolo Ardoino today revealed why Tether has minted $5 billion in the last six months, more than at any point in the company’s history. After slowly climbing the market cap rankings, Tether has now risen above XRP to reach third place in the crypto rankings, with a market cap of $9 billion. But what’s behind this massive surge in demand?

Speaking on the “On The Brink With Castle Island” podcast, Ardonio said demand has been driven by exchanges craving cash, especially after the market crashed in mid-March.

“On 12 and 13 of March, when there was that huge drop—50 percent in Bitcoin and other major currencies—we have seen people being stuck on fiat on-ramp exchanges because they couldn’t move fast enough their dollars in order to exploit the market conditions or protect themselves,” he explained.

He suggested that the inflow of money wasn’t coming from outside the cryptocurrency sector but from exchanges who wanted more Tether.

Why Tether is the real king of crypto

“I believe that Tether is absorbing part of the cash wealth that is sitting in cash in bank accounts on many other exchanges,” he said, adding, “We have seen OTC desks that have started dealing massively in Tether as well.”

Ardoino also spoke about the exchange’s inflows and outflows, its banking situation and whether Tether can grow to $200 billion.

For context, crypto exchange Bitfinex and stablecoin issuer Tether are two separate companies, run by the same people. Tether is responsible for issuing the Tether (USDT) stablecoin, which now has a market cap of $9 billion. Each dollar stablecoin is purportedly backed up by Tether’s reserves, although the company has never produced an audit to guarantee this.

Bitcoin flowing out of Bitfinex

In the interview, Ardoino was asked why large amounts of Bitcoin (BTC) had been flowing out of the Bitfinex exchange, while big amounts of Ethereum (ETH) flooded back in—a phenomenon that had many market commentators scratching their heads.

#Bitcoin has seen its largest prolonged withdrawal of funds from exchanges.

According to our data, over 310,000 $BTC have moved out of exchanges since Black Thursday.

Ardoino explained that several large over-the-counter purchases were the reason for the sudden liquidity in its Bitcoin holdings.

He also noted that for months, if not years, the Bitcoin price on Bitfinex had been higher than on other exchanges, but that this has reversed since March 12 (when there was a large crash in the price of Bitcoin and traditional currencies). He suggested this lead to more arbitrage opportunities, where traders buy Bitcoin for a lower price on Bitfinex and sell on other exchanges for a profit.

“On the Ethereum side, we have seen a really considerable inflow, more than $1 million Ethereum in the last two or three months,” Ardoino said before suggesting it could be in preparation for Ethereum 2.0.

Ardonio was also asked about Tether’s scalability, and how it would work with banks if the project’s market cap kept growing.

“It’s theoretically not complicated to go from $0 to $200, $300 billion but if you surpass $100 billion and more, it becomes more complex to deal with banks,” said Ardoino.

Tether has had difficulties in the past with its banking partners. It lost $750 million of its reserves when accounts in a Panamanian bank were seized by law enforcement. To solve this, it created a cryptocurrency designed to work as a loan from the crypto community to cover these losses, which it intends to pay back. It has also stopped paying dividends to its shareholders.

A look at Crypto Capital, the company serving both Bitfinex and QuadrigaCX

“I believe that if we have to go to $100 billion then it would require probably a tier one bank to help us in the enterprise. The more you grow, the more you need diversification, and the more you need to step up the game and deal with the much bigger banks each time,” he said. But there are clouds gathering in the global economy that could scupper Tether’s expansion plans.

The specter of negative interest rates—where banks charge depositors to hold their money—has been mooted by several central banks recently. If implemented, Tether would have to pay banks holding its cash reserves. “It would be possible to still break even in that situation. To still maintain the capital and super safe investments. I think that it is harder if you have $100 billion, but if you have $9 billion it’s definitely something that is achievable,” he said.

Perhaps there is a limit to Tether’s rapid growth after all.