Why is Binance Giving Up On its’ Fight For STEEM Against Justin Sun? CEO Explains

Why is Binance Giving Up On its’ Fight For STEEM Against Justin Sun? CEO Explains 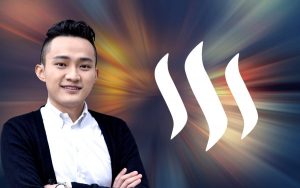 ‘Steeling is Bad,’ the note (in Korean) left by the person to Justin Sun whose STEEM tokens were confiscated via a network upgrade. Apparently, the users who opposed Trons’ recent acquisition of STEEM were deemed as a ‘direct threat’ to the blockchain.

The 0.23 network upgrade via the hard-fork has confiscated roughly 23.6 million STEEM tokens from 65 users. Before the upgrade, the user sought to save the tokens by transferring it directly to the address of Bittrex Exchange with the above message to Justin Sun. However, Bittrex held the up-gradation plans, and seized those tokens too.

Binance Bends the Knees for other Users

Earlier Binance had voted against the update as it was “totally against zero-ing other people assets.” However, it’s Binance CEO Changpeng Zhao, tweeted this morning,

Tough situation as there are other innocent users who have STEEM funds. So we actually have to support the upgrade. But will reduce STEEM pairs over time, and will likely support a fork if the community feels that’s important.

The exchange will go forward with the upgrade on it’s exchange, as due to the existence to two chains after the fork the users deposits and withdrawals have been suspended ever since. Hence, to comply with the standards, it will accept the new blockchain with reduced STEEM tokens.

The total market capitalization of STEEM is currently around $78.4 million. The price of the cryptocurrency gained over 100% after the decrease in the supply was announced.

After the initial take-over announcement, many users shifted to a new blockchain, Hive, to protest against Sun’s takeover. Sun and top witnesses on STEEM fought back by seizing their tokens, and barred those users from the network.

As Binance has begun the initial steps towards delisting STEEM from his platform, the real adoption case of either Hive or Steem will eventually decide the fate of the network. In all probability, with the marketing efforts of Tron and Justin Sun, Hive could become the inferior of two chains in the future.

Do you think blockchain fanatics will achieve will chose Hive to protect free-market views? Please share your views with us.

Original Source: Coin GApe Why is Binance Giving Up On its’ Fight For STEEM Against Justin Sun? CEO Explains