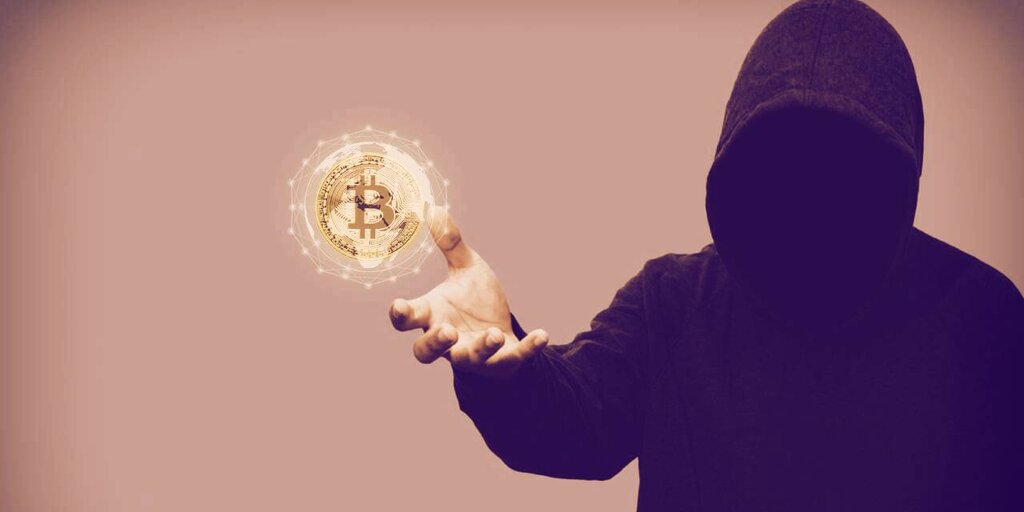 In its decade-plus lifespan, Bitcoin has gone from being the niche obsession of a group of cypherpunks on message boards, to one of the world’s largest currencies. Yet the identity of its creator, Satoshi Nakamoto, remains unknown.

Over the years, Satoshi’s true identity has been the subject of feverish speculation, with many names having been put forward. That’s hardly surprising; people love a mystery, for one thing. For another, the gigantic stash of Bitcoin that Satoshi mined in the cryptocurrency’s early days has remained untouched; were he (or she, or they) to return, those Bitcoin could flood the market, potentially affecting the cryptocurrency’s price (we got a hint of this in mid-2020, when Bitcoin’s price dumped on the news that some Satoshi-era coins moved).

So we know that Satoshi’s identity is a mystery. We even have an idea of how Satoshi kept his identity secret. But what about why?

To decentralize Bitcoin, you must set it free

Let’s start with the facts. We know that Satoshi was motivated by a vision of a currency that didn’t rely on trust in third parties or the government. Thanks to The Complete Satoshi, the Bitcoin creator’s ideas and philosophies are preserved: “What is needed is an electronic payment system based on cryptographic proof instead of trust, allowing any two willing parties to transact directly with each other without the need for a trusted third party.”

Given Satoshi’s clear intentions here, it’s probably true that maintaining his anonymity was necessary to make sure Bitcoin remained a truly decentralized creation.

Crypto creators have an outsize influence over the communities that grow up around their coins, something that’s caused many of them disquiet in the past. Ethereum creator Vitalik Buterin is “not too excited that the community assigns so much importance to him,” according to his father in a New Yorker profile. Litecoin creator Charlie Lee, meanwhile, surrendered ownership of any of his own creation. In a Reddit post, Lee said, “It is a conflict of interest for me to hold LTC and tweet about it because I have so much influence.”

Through the years, Bitcoiners have not been shy about voicing a desire for Satoshi Nakamoto to return. In this Bitcoin forum post about maximum Bitcoin block size, one user says “Satoshi’s opinion would help the community to decide, not because he is more competent than the current core developers, not because he is an authority figure but because it would reassure investor confidence.” Thus, a conflict of interest similar to the one Charlie Lee encountered may well have been anticipated by Satoshi, making it inevitable that the creation and creator could not truly coexist publicly.

The dark side of Bitcoin

Another competing theory is that Nakamoto knew authorities would come after Bitcoin’s creator if he or she was identified. Bitcoin may be the successful cryptocurrency we all know today, but it was far from the world’s first attempt at an alternative to state-issued currencies. In 2011, Bernard von NotHaus was convicted of making, possessing and selling his own private currency, the Liberty Dollar.

The same fate may well have faced Nakamoto, who surely knew that Bitcoin would garner some powerful enemies. Governments generally don’t like it when threats to their sovereignty and monetary policy emerge, and while they might not be able to ban Bitcoin itself, they could certainly make life uncomfortable for its creator. If they knew where to find him.

British film production company, Substantial Films picked up on this very idea. In the upcoming film Decrypted (no relation to Decrypt), Satoshi Nakamoto is tortured by the NSA in an attempt to winkle out information that will destroy the entire crypto industry.

That might be considered an alarmist point of view, but it’s important to take into account Bitcoin’s controversial beginnings.

For many, Bitcoin is still synonymous with Silk Road, arguably the world’s most infamous dark web market. Silk Road became a popular destination for those looking to launder money and purchase illicit goods using Bitcoin. Despite eventually being shut down by the FBI in 2013, this market dealt an early blow to Bitcoin’s perceived legitimacy as an alternative currency, and Nakamoto may not have wanted to deal with the fallout.

There is one more possibility: perhaps Satoshi Nakamoto isn’t one person, but many.

By most accounts, it comes as quite the surprise that a single individual was allegedly capable of creating a cryptocurrency now worth billions of dollars, all while completely hiding their tracks.

Although Satoshi claimed to be a 37-year-old Japanese man, Bitcoin’s original whitepaper is written in perfect English (not that the one precludes the other, of course), and his email address allegedly came from a German provider.

Some take these facts to mean that Bitcoin was a collaboration rather than a solo enterprise. In addition, the creation of Bitcoin demonstrated such a command of both economics and computer programming, that many now believe the famed cryptoasset could not possibly have been engineered by one mind alone.

Tezos Becomes a Favorite to Power the Digital Euro

If you’re the type who subscribes to conspiracy theories, here’s a doozy: some say Satoshi Nakamoto is, in fact, the Central Intelligence Agency. According to The CIA Project, Satoshi Nakamoto translates to “central intelligence,” and the fact that nobody really knows who Nakamoto was is a tell-tale sign that Bitcoin was created by intelligence professionals. If Bitcoin really was engineered by an intelligence agency, we may never be privy to Satoshi Nakamoto’s true identity.

Faced with many competing theories, the crypto community has little choice but to resort to speculation. In one of Nakamoto’s last verified emails, he (or she, or they) claims to have “moved on to other things.”

Will we ever truly know who was behind the Bitcoin revolution? Probably not. Does it matter at this point? Probably not. Bitcoin has outgrown its creator, and it’s not going anywhere.