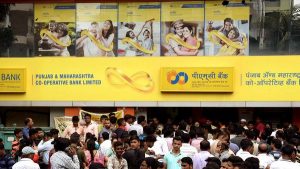 Putting their trust in a centralised financial institution proven to be a costly affair for millions of consumers in India. Punjab and Maharashtra Cooperative (PMC) Bank, has barred consumers from accessing the funds in their accounts, thus throwing their lives into disarray. Not only that, it has managed to do this by throwing dust in the eyes of India’s chief financial regulator and central bank, Reserve Bank of India (RBI). Is it time that consumers start shifting to crypto?

PMC Bank tricked the RBI by misreporting its financial information to the financial regulator. The bank submitted manipulated financial information, which did not include the data of certain undisclosed accounts, to the central bank for sample checks. As per reports, a majority of the accounts were those of Housing Development and Infrastructure Limited (HDIL), which upon inspection by the RBI, were found to be non-performing assets (NPAs).

PMC Bank has also sanctioned mortgage limits to a subsidiary of HDIL, and interestingly, the director of the company was none other than the Chairman of the bank, Waryam Singh. Singh had even conducted a board meeting for the approval of a mortgage overdraft, which again, was a violation of the central bank norms.

The case has come to light and Singh has been arrested, but the bank’s customers are still going from pillar to post to get their money back.

How The Tech Was Tweaked

Tech played an important role in this fraudulent scheme. Out of the bank’s 1,800 staffers, only 25 had special access codes to HDIL accounts. They were in the know of what was happening with the accounts, but the rest of the staff was oblivious to it. Also, the parties to the conspiracy tampered with Management Information Systems and NPC Identification Process to hide information related to HDIL accounts. The script for system identification of the NPAs was unable to recognise HDIL accounts as NPAs because they had been omitted from NPA accounts and the Overdrawn accounts list.

Thus, the information submitted to RBI was falsified, and the profits shown were inflated.

Have Blockchain and Crypto Become a Necessity?

The PMC debacle strengthens the case for both crypto and blockchain. Crypto – because the ownership of currencies cannot be compromised. Owners of cryptocurrencies have complete control over them and how they want to them.  Several Twitter users shared the same sentiments about crypto in the context of this situation.

Indian crypto influencer Shalini highlighted how traditional banking systems across the world were failing, and that is why, there was a need to switch to Bitcoin.

Last week was horrible for banks,

This is why #bitcoin

Another user highlighted how banks are greedy, and bitcoin can be a saviour for the average human beings.

#PMCBankCrisis #PMCBankFraud PMC bank crisis shows the pathetic state of the banks filled with greed. Bitcoin was born for an average human to have an option to banks. #saynotocentralbanks #bitcoin #freedomtothepeople #banksgoextinct #Crypto #BankFraud

A Twitter user with the handle KryptoSuperman also that crypto was the best way for people to keep their money in their control.

#IndiaWantsCrypto
PNB / PMC… Nirav Modi… Malya… And the list goes on!
At what point will the people of India realise that crypto is the best way to keep their money safe in their hands and not some bank account where they have no control over it?

The issue also necessitates the implementation of blockchain technology in the financial system. Blockchain ensures that all records are maintained transparently, and control over them is not centralised. Any tampering with the data recorded on blockchain will be visible to the members on the network, and they can thus invalidate that record. Thus, blockchain has the potential to minimise opportunities for fraud and make financial systems more secure and reliable for everyone.

Do you think blockchain is the answer to the existing problems of traditional financial systems? Share your views with us in the comments below!