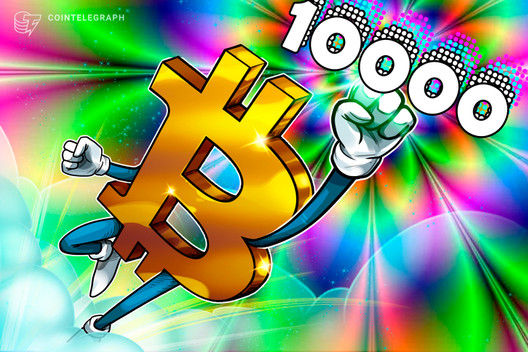 The price of Bitcoin abruptly surged to $10,200, as it liquidated $75 million worth of short contracts.

The price of Bitcoin (BTC) rose to as high as $10,272 on July 26 in an unexpected weekend rally. It liquidated $74 million worth of long contracts on BitMEX alone, catching many traders off guard. 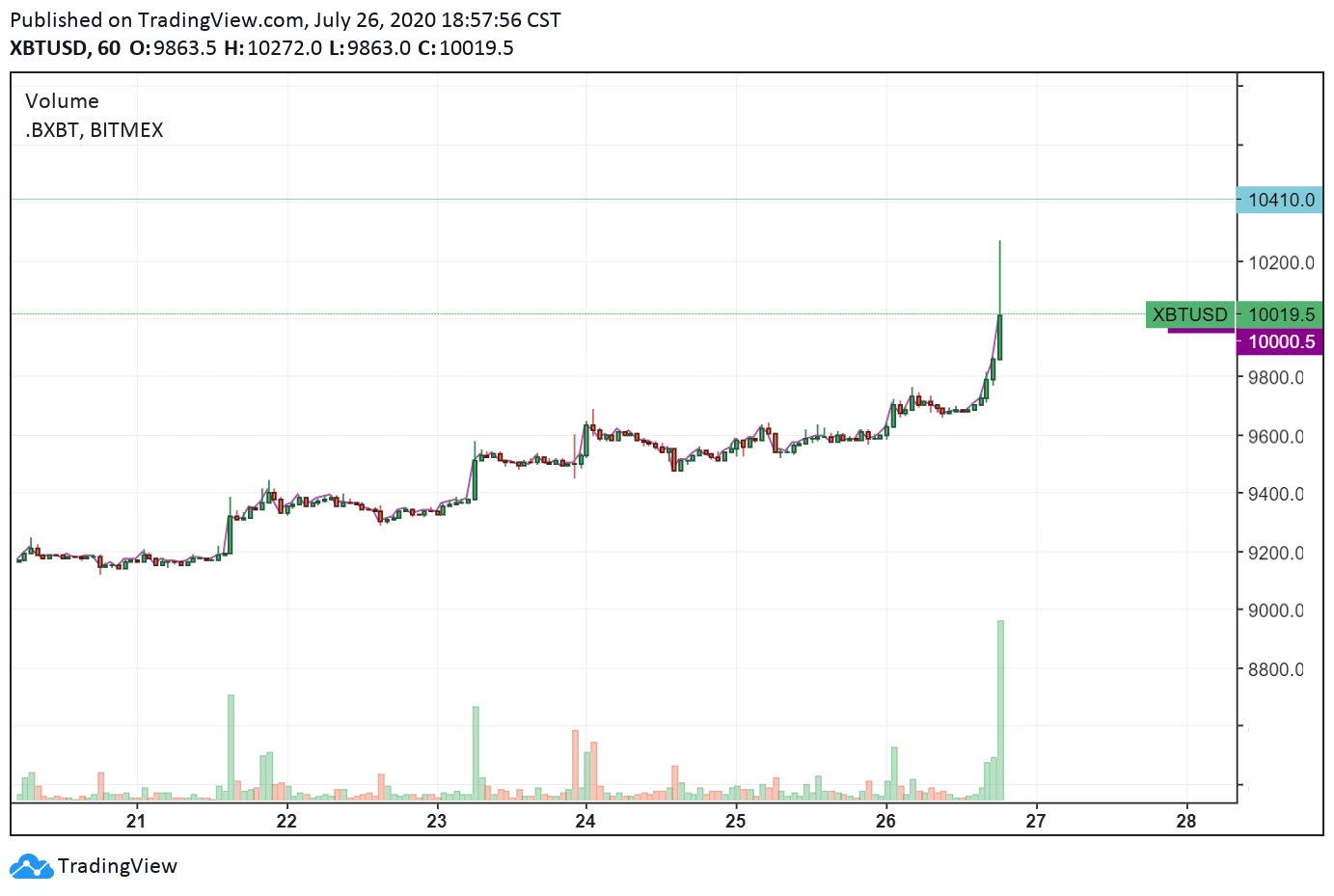 There appear to be two main reasons behind the abrupt upsurge of Bitcoin from $9,700 to over $10,200. They are the liquidation of over-leveraged shorts and traders taking profit from over-extended alternative cryptocurrencies (altcoins).

When the price started to rally, major altcoins, as well as well-performing DeFi tokens, began to slump. Ethereum declined from $322 to $311, and DeFi tokens, including Aave and YFI, saw steep rejections.

The simultaneous rejections of major altcoins and the price surge of Bitcoin suggest that traders took profit from recent altcoin rallies. As traders moved their altcoin gains to Bitcoin, it possibly triggered a BTC uptrend, while altcoins declined.

ETH, as an example, rose from $247 on July 23 to $322 on the day’s peak, recording a 30% gain. Despite the strong sentiment around altcoins, investors are possibly taking a more cautious approach by hedging their gains.

When Bitcoin initially broke over $10,000, it triggered over-leveraged short contracts to become liquidated. When BTC reached $10,200, it caused a cascade of liquidations to occur, totaling $74 million.

Bitcoin has seen many phases when more than $50 million worth of short or long contracts gets liquidated. But for this to occur within a span of a few hours is less typical.

As the price of Bitcoin recovered strongly in recent weeks, some industry executives and investors expressed optimism toward BTC and ETH.

“Are you ready?” Grayscale CEO Barry Silbert tweeted when Ether price broke out of the dreaded $280 resistance level on July 25.

Well-known trader Peter Brandt, meanwhile, expects the price of Bitcoin to hit a new record high and eventually make its way to $50,000. He said:

“That is actually where my head is. Massive symmetrical triangle in $BTC points to ATHs, then $50k.”

But some variables could affect the short-term price trend of BTC price. First, the funding rate of Bitcoin is projected to be over 0.04% on BitMEX. That is nearly four times higher than the average funding rate of 0.01%. It signifies that the majority of the market is taking long positions.

For Ethereum’s ETH token, the funding rate is hovering at over 0.1%, which suggests the rally is beginning to get overheated. In February, ETH’s price rejected at $280 as its funding rate surpassed 0.2%, and when the overwhelming majority of the market was longing the asset.

Although it would be far-fetched to call it a lower high formation, it might show that BTC price has not cleanly broken out of the multi-month range.