Why Bitcoin Halving Can be Good News for the Forks – Bcash and BSV? 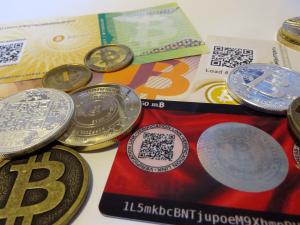 Bitcoin [BTC] halving is less than 15 hours away, the run-up to the event in the last couple of weeks have been quite exciting. Reportedly, more than 30% of the BTC mining ecosystem presently employs the S9 miners.

Currently, the percentage of total mining hash-rate of BCH and BSV is around 1% of the total hash-rate for Bitcoin [BTC]. The hashrate on these altcoins is currently around the 2018 and early 2019 bear market levels. While Bitcoin has seen a 2.5 fold increase since then, BSV and BCH hashrates continue to remain in the lower range. After halving, some of these systems might look for other SHA-256 algorithms to seek profitability.

However, evidence from the Black Thursday crash of March 2020 indicate that switch to Bitcoin Cash [BCH] and Bitcoin SV is unlikely. The S9 and S15 miners which became unprofitable with Bitcoin after crash in March did not switch to BCH or BSV.

Of course, the drop in the prices of the entire market restricted the switch over. Currently, Bitcoin is trading around 10% higher than the value before the crash, while BSV and BCH are down 7.5% and 15%, respectively.

After the recent halving in April in Bitcoin Cash [BCH] and Bitcoin SV [BSV], the hash-rate has dropped by nearly 50% on both Blockchains. According to Minerstat , the profitability of S9 for BCH and BSV mining is around $1.5 for a standalone system.

The break-even cost for Bitcoin for the S15 and S9 hardware post halving is likely to be above $15,000. Given the current price action, it is unlikely that the price will hold this levels in the short to medium term. Moreover, since these cryptocurrencies have already gone through the halving process, some of the efficient S9 and S15 miners might start to compete with these altcoins miners. Increased competition for hashrate could lead to growth of BCH and BSV ecosystem.

Do you think that the S9 or S15 miners will become completely obsolete or will be used in the future? Please share your views with us.