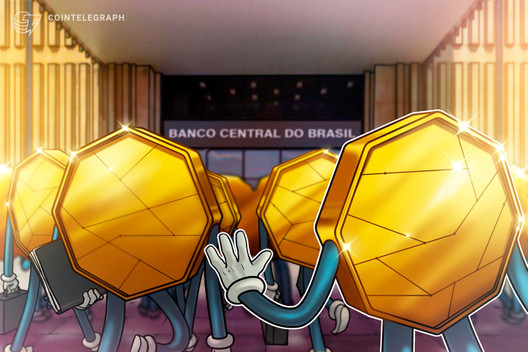 WhatsApp’s payment features have been suspended in Brazil less than one month after the Facebook-owned app rolled them out.

According to official information shared with Cointelegraph Brazil, the Central Bank of Brazil (BC) took action against WhatsApp Pay “to preserve an adequate competitive environment” and allow the central bank to assess the risks posed by the firm to the country’s existing financial sector.

Visa and Mastercard will face heavy fines and administrative sanctions if they do not suspend activities relating to WhatsApp payments.

Bank will assess the risks

The Central Bank of Brazil (BC) has moved to suspend the operations of Facebook’s WhatsApp Pay within its borders, saying it was taking action to ensure “the functioning of an interoperable, fast, secure, transparent, open, and cheap payment system.” It added the move will give the bank time to “assess any risks to the proper functioning of the Brazilian Payments System and verify compliance.”

Speaking to Bloomberg, a WhatsApp spokesperson stated the firm supports the PIX project and plans to integrate with the digital payments system, stating:

“We support the Central Bank’s PIX project on digital payments and together with our partners are committed to work with the Central Bank to integrate our systems when PIX becomes available.”