What's next for China after the Bitcoin Halving 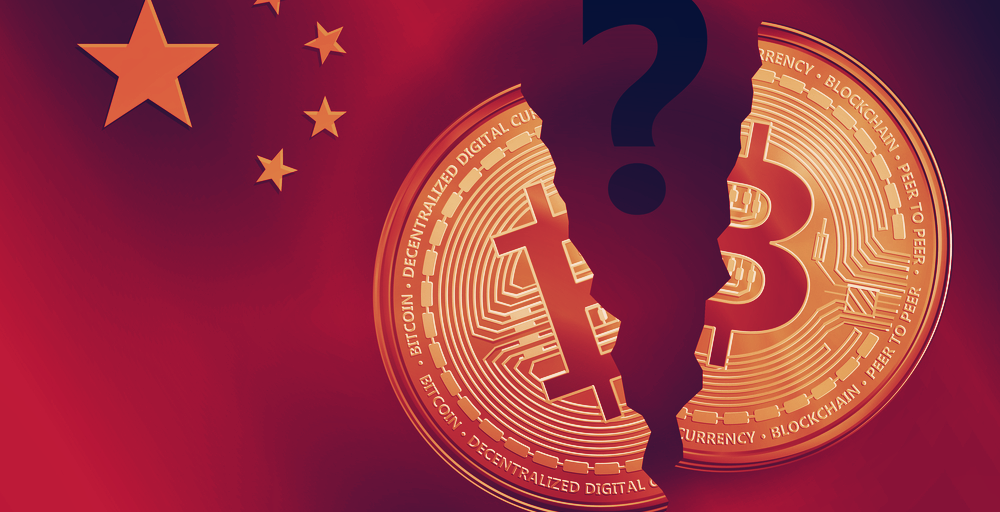 It was 4 a.m.in Beijing when Bitcoin halved last week, and my crypto Wechat groups were unusually active. People had stayed up all night to watch the once-in-four-year event. When at last the first new block was mined, and the mining reward halved, it sure felt like a non-event. Is that it?

Yes, the price fluctuated a bit, and the mining hash rate dropped. But the price held up enough to keep most miners who had upgraded their machines in the game. And there was optimism: In Sichuan, the mining hub of the world, miners were looking forward to an abundance of cheap hydroelectricity to power their rigs.

Elon Musk reveals how much Bitcoin he owns

But under the peaceful facade, things do change, and there’s some turbulence. This week’s da bing looks at what has been shaken from the halve.

1. Exchange mining pools are on the rise.

Post Bitcoin-halving, all three major exchange pools (OKEx Pool, Huobi Pool, and Binance Pool) have entered the top 10 list, meaning they are producing the most blocks on the blockchain. These mining pools, organized by the big exchanges, allow independent miners to combine their computing power and other resources, and share in the bounty.

Remember Binance Pool was only introduced less than a month ago, on April 27th. The rise of exchanges pools is more evidence that exchanges are increasingly becoming the center of the crypto universe.

That’s because entering the mining business has many benefits for the exchanges. First and foremost, they now control the main source of virgin BTC, which adds liquidity to their exchanges. Secondly, once the miners become part of the exchanges’ mining pool, the exchanges can more easily cross-sell them financial services such as lending, margin trading, and hedging services.

A downside to this is that, by throwing their lot in with the exchanges, the miners become more dependent on them. In addition, the hash rate will become even more concentrated, which could threaten the security of the Bitcoin network. Why? Because the pools themselves become attractive targets to hackers trying to orchestrate 51% attacks.

Mining rig producers have not been quiet in 2019. Bitmain continues to stage an internal drama between its two co-founders, while also sending its biggest competitor Whatsminer’s co-founder to jail.

Yet underlying all the drama, rigs producers are fundamentally competing on the power of their products. As Bitcoin halved, miners are demanding more powerful rigs in order to stay competitive. This means that those who have not managed to upgrade their chips will likely be eliminated. For example, Canaan not only had a disastrous quarter recently, but also was publicly shorted due to its flawed business model.

According to recent data, Bitmain and Whatsminer seem to be leading the pack. Bitmain’s S19 is particularly popular among miners. If Bitmain or Whatsminer do not manage their dramas well, they might create an opening for new mining-rig manufacturers. More importantly, as mining becomes more international, the winning rig producers will be the ones who can manage both domestic and international clients.

Bitcoin halving received more attention in China than it normally would. For example, when Bitcoin price surpassed $10,000, even China’s central television station published an article about the halving. Along with that publicity comes a renewed interest in crypto.

One bit of evidence was the price surge of new layer-one protocols such as Metaverse DNA, a cross-chain platform that claims to be superior to Cosmo and Polkadot. Its token price rose 10 days in a row, prior to the Bitcoin halving.

It’s likely that retail investors’ renewed interest is short lived. Many new investors entered the space because of the dream of halving. But since they have a minimum understanding of the industry, the Bitcoin halving narrative provided a perfect opportunity for shitcoins to “harvest new leeks.” These newbies in the crypto industry are a double-edge sword. On the one hand, this increased interest makes the industry appear more lively. But on the other hand, it will cause long-term damage to crypto’s reputation once people realize that so many alt coins are worth nothing.

#1. The case of digital yuan in trade finance

The “yuan” has been in hot demand these days. From the digital yuan to the latest letter of credit (LoC) denominated in yuan, China’s national currency is evolving, and striving to be known and seen.

Last week, Standard Chartered, the British multinational bank, announced that Baosteel, one of the largest state-owned steelmakers in China, had completed a deal with Australian mining giant Rio Tinto. The transaction is powered by Contour, a trade finance blockchain network supported by major banks such as HSBC, ING, and Standard Chartered.  This is Baosteel’s second deal and was conducted in yuan.

The news could have slipped under the radar as just another blockchain Proof of Concept,  in which some companies use blockchain to digitize an analog process. However, two aspects of the news caught my eye.

First, Baosteel has been actively promoting a yuan-denominated settlement since 2019 and it seems that the using the blockchain-based LoC was a convenient method to ensure that the yuan was an integral part of the deal.

Second, once payment, in the form of a letter of credit in this case, was on the blockchain, it opened my imagination to other things this LoC can do. For instance, rather than having a PDF of a letter of credit, attached to an email,  the contract is written on the blockchain and cryptographically signed. That means rules, such as the payment date, can be written in the contract.

What else could you do? Well, could it be settled in DCEP? Could it be tracked directly by the Chinese government? Could it be incorporated in the Blockchain Services Network?

Blockchain-enabled finance for trade, if it works out, will greatly enhance the internationalization of the yuan. And raise a lot more questions, too.

“IIntellectual property must be protected by new methods. I believe blockchain technology is solving this issue,” Ma said.

Ma cited Ant Financial’s blockchain technology as something young technologists ought to study. The Alibaba affiliate is the highest-valued fintech company in the world. It  claims that more than 20 million individuals and small-medium businesses have used its blockchain solution to achieve “one-minute, intellectual-property registration.”

Authorship of original articles, photography, and design can be registered on the platform. It’s a ironic that Alibaba is becoming the face of intellectual property, given that Taobao has been notorious for its counterfeit goods since its inception.

It seems that the government is pushing the blockchain profession in a more technical direction.

China has suffered from a shortage of blockchain talent. Career paths have been far less defined for graduates who want to work in the blockchain sector. And worse, the industry suffered from stigma, due to high-profile pyramid schemes, such as the recent WOTOKEN case, in the Chinese courts. More than $1 billion is in dispute.

By narrowing down blockchain professions into more technical roles, the Ministry is carving out a path for graduates and experienced professionals alike to pursue. Companies can also follow the job description to craft their own hiring strategy. Even better, universities, which now have blockchain majors, can also help entice more students into their program, on the promise that they will graduate with a defined career path.

“后浪” which means “new wave” in English, is the hottest term in China right now. It rose to popularity when Bilibili, a popular Chinese video-streaming website, released its annual speech to the “new wave” generation on May 4th, China’s National Youth Day. The term has been big among crypto folks, and refers to people born after the year 2000. Many are wondering: now that Bitcoin has halved, will the new wave take upon the mission and carry Bitcoin forward?

Original Source: Decrypt What's next for China after the Bitcoin Halving