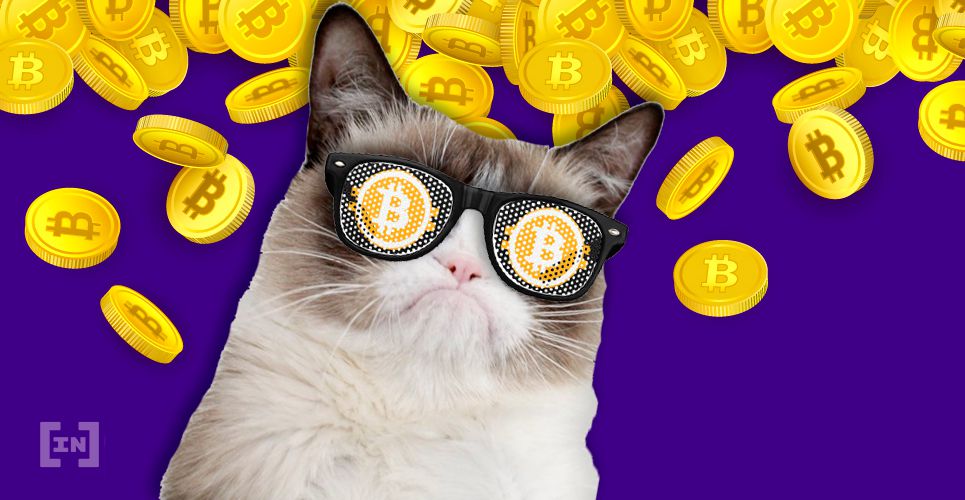 In the early hours of May 10, the Bitcoin price initiated a very rapid decrease that caused the price to go from $9,574 to $8,117 in a span of less than one hour. While the price bounced upward afterward, it has failed to even reach $9,000.

This decrease has caused the price to move back down below an important resistance line, which previously it seemed that BTC had broken out from. As for the future movement, several support areas were outlined by well-known trader @cryptomichNL, with the $8,800 area being the closest one that could offer support.

In addition, he stated that due to the upcoming halving event,

Buy the rumor, sell the news. Peak just before the halving. After that -> consolidation and altcoins starting to pace up with $BTC. Summer of altcoins fiesta, while $BTC loses hype due to halving passing by. Expecting $9,350-9,500 to be tested.

In this article, we will take a closer look at the Bitcoin price movement and determine where the price will head towards next.

The weekly chart reveals the long-term resistance line that has been in place for 875 days and counting. While the price initially moved above this resistance area, yesterday’s decrease has caused it to fall right back inside it. This has in turn created a very long upper wick and a doji candlestick.

The weekly candlestick closes today, and it is almost certain that it will close below this resistance line.

The move since the March 13 bottom has been almost entirely in the upward direction. However, due to the sheer sharpness of the decrease and possible wave count we have previously outlined, it is quite likely that the move has reached its conclusion.

What follows afterward is usually an A-B-C correction, inside which the price is possibly in the A wave. The likeliest level for the A wave to conclude is found at $7,650, the 0.382 Fib level of the entire upward move.

While the prediction for the end of the entire formation will be more accurate once the price successfully completes the A wave, a likely level for it to end would be at $6,200-$6,800, between the 0.5-0.618 Fib levels of the entire upward move, beginning on March 13. 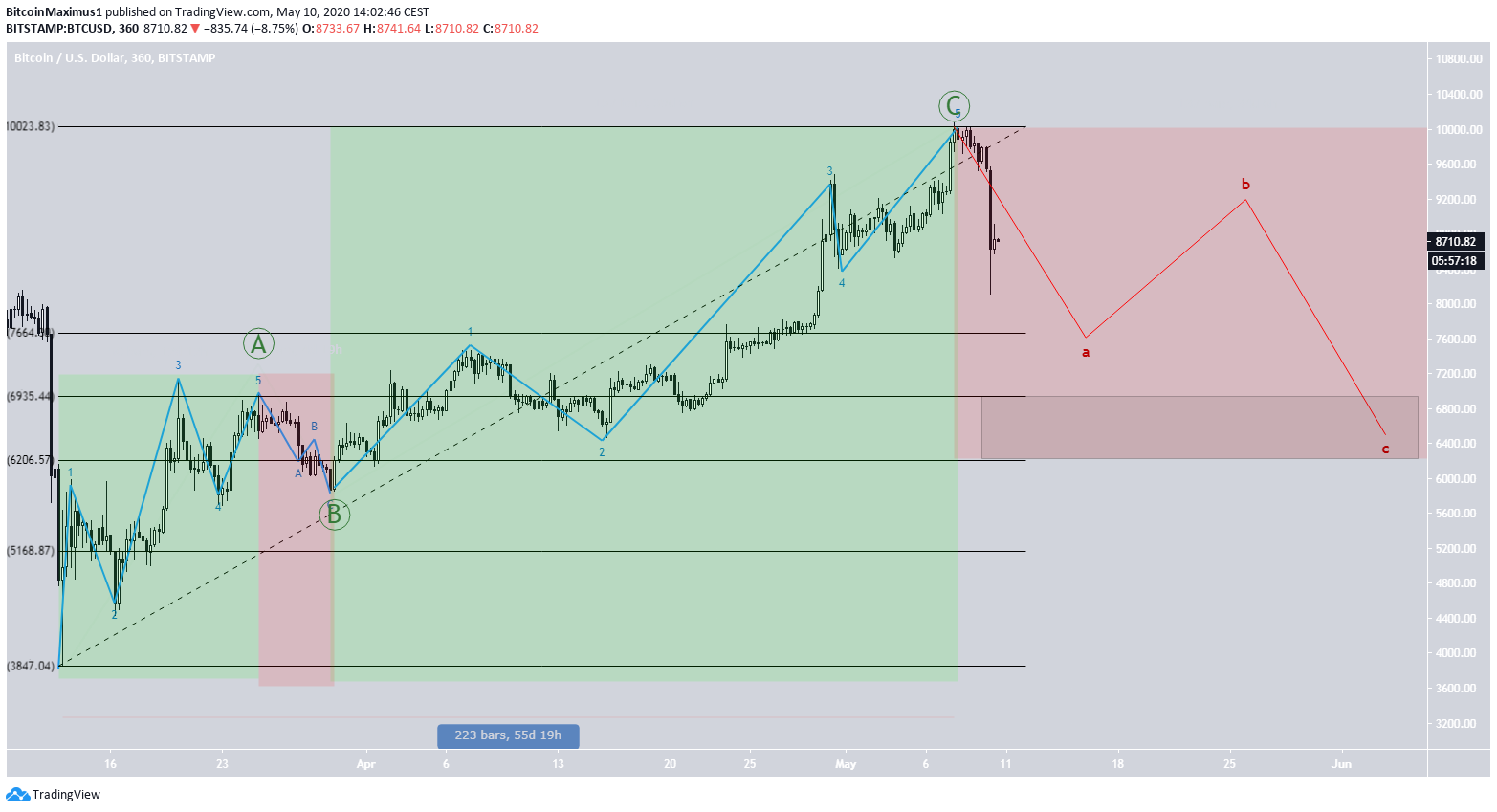 To conclude, today’s rapid decrease invalidated the possibility of a breakout above the long-term descending resistance line. The price is expected to undergo an A-B-C correction that could end between $6,200-$6,800.

The post What to Make of Bitcoin’s Sharp Drop Below $9,000 appeared first on BeInCrypto.