What Recent Developments in the Fintech Space Mean for Our Future 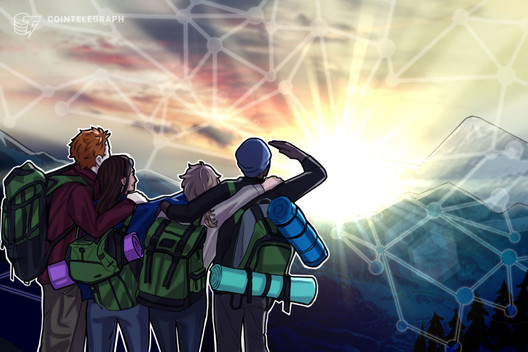 There have been several significant movements forward for digital assets, and there are more to come. Here’s what to keep an eye on.

The use of ledgers to track events and transactions is of ancient origin. DLT and blockchain technology combine venerable record-keeping techniques with new technologies — like storing old wine in new bottles.

Bitcoin and other digital assets, as with gold and other commodities, are goods to which people ascribe value in market transactions. Unlike gold, however, one can send or receive digital assets to or from anyone, anywhere in the world, instantaneously.

The demand for digital assets, such as Bitcoin and CBDCs, including U.S. digital dollars, reflects the changing needs and desires of computer-savvy participants in the 21st-century economy. Only some banks have accounts with the Fed. Digital dollars have the potential to change that by allowing or perhaps requiring companies and individuals to open and maintain Fed accounts.

Congress and the Fed take on digital dollars

Centrist members of Congress, notably Illinois Democrat Bill Foster and Arkansas Republican French Hill, have been prodding the Fed to develop digital dollars. In a letter to Fed Chairman Jay Powell dated Sept. 30, 2019, Foster and Hill posed several pointed questions about digital dollars. They emphasized that “the primacy of the U.S. Dollar could be in long-term jeopardy from wide adoption of digital fiat currencies” and that the “usage of digital assets may well increasingly align with that of paper money in the future.”

Chairman Powell responded on Nov. 19, 2019, that the Fed would continue to consider a CBDC for the U.S. but that the process would take time and careful consideration. He added that the motivations of other countries for pursuing CBDCs, such as the lack of “fast and reliable digital payment systems,” is not particularly relevant to the U.S.

Contra the Fed’s go-slow approach, other financial leaders have been advocating for the adoption of digital dollars. Former FDIC Chair Sheila Bair testified before the Senate on Sept. 25, 2019, that digital dollar technology has been developing quickly and offers many prospective benefits, including nullifying the need for intermediaries and avoiding centralized ledgers with single points of failure.

Even though digital dollars legislation has yet to proceed in Congress, the Fed and U.S. lawmakers seem to be paying close attention to the evolution of digital assets. For instance, under the ABC Act, the Fed would issue digital dollars alongside the minting of two $1-trillion platinum coins. This requirement reflects aspects of so-called stablecoins, which are crypto assets backed by other assets (such as U.S. dollars or precious metals).

If digital dollars legislation actually proceeds, the impacts on the lives of millions of Americans would be significant. Indeed, tens of millions of Americans are unbanked or underbanked. These Americans could benefit directly from improved access to stimulus funds and other forms of governmental assistance. Considering that penny production will cease as of April 1, 2022, it seems plain that the Fed intends to “go digital” over time and perhaps more quickly than might have been predicted even just a few months ago.

Uses and benefits of digital assets

As other countries, especially China, research and develop their own CBDCs, pressure on the U.S. to respond and to lead continues to mount. The design of these assets is rightly a topic of wide-ranging debate, and, as discussed above, the emergence of legislation addressing digital dollars is a step in the right direction.

Given the recent economic downturn largely associated with the COVID-19 pandemic, there has arguably never been a better time for entrepreneurs, governments and individuals to create currencies, technologies, laws and policies that will better ensure a more stable, resilient future.

Helping to build the legitimacy of recent developments in the fintech industry and digital assets, many members of the professional investment community increasingly view certain digital assets, including hard-capped Bitcoin, as a hedge against the adverse monetary and fiscal consequences many fear will follow the Fed’s recent printing of trillions of dollars. Legendary investors Paul Tudor Jones and David Swensen have seen their investments appreciate at rates that exceed other asset classes, year-to-date. Tudor Jones and Swensen would likely add that the short-term performance of Bitcoin has been irrelevant, given the asymmetric upside and potential diversification benefits that Bitcoin provides.

Ray Dalio, the chief investment officer and founder of Bridgewater Associates — one of the largest and most successful hedge fund managers — also has concerns over the U.S. dollar’s role as the world’s reserve currency, given the unprecedented and on-going increase in U.S. dollar creation. Dalio has noted that reserve currencies go through cycles and that, just as the British pound was the world’s reserve currency before the U.S. dollar, so too the dollar is now facing reserve status challenges by China. Challenges to the U.S. dollar’s world reserve status, which may result in decreased demand, may make diversification into gold and, increasingly, digital assets like Bitcoin, more appealing to other investors.

The past several months have resulted in a significant movement forward for digital assets. Continued growth and changes in this space are expected for the foreseeable future.

This article was co-authored by Patrick Daugherty, Michael Bresnahan Jr. and Zane Hatahet.

Patrick Daugherty is a partner at Foley & Lardner where he directs a corporate, mergers and acquisitions, finance, financial regulatory and fintech practice devoted to capital formation, innovation and return of and on investment. He also leads the firm’s blockchain practice.

Zane Hatahet is an associate at Foley & Lardner where he advises on a wide range of business matters, including securities regulation, mergers and acquisitions, and corporate finance and governance.