What is Elrond? How to Buy EGLD 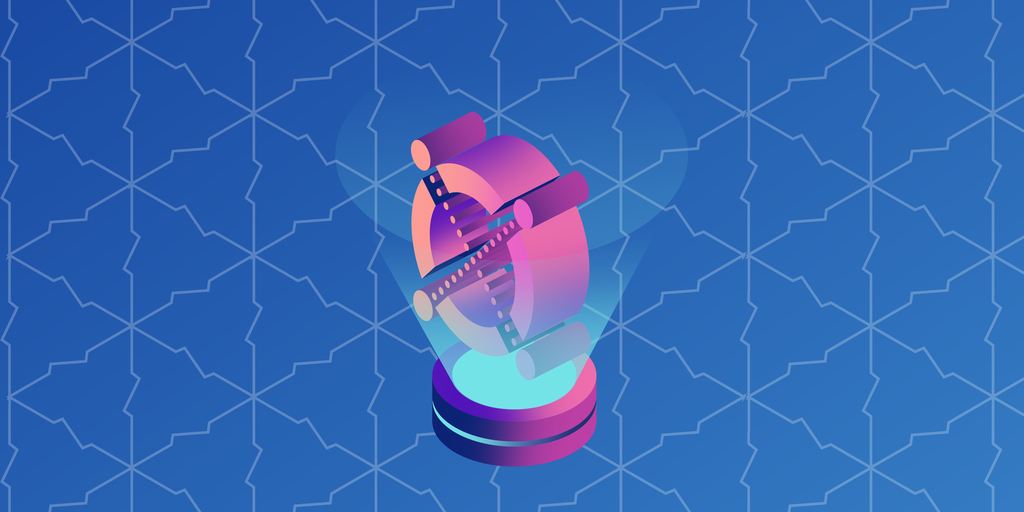 While there’s ample excitement around the potential for blockchain technology to reshape finance and potentially impact scads of other industries, there is also understandable concern around whether blockchains can scale to meet very broad, mainstream demand.

Bitcoin, for example, has extremely limited throughput, while Ethereum will transform itself with its ETH 2.0 launch to deal with its own scaling issues.

But there are also upstart blockchain projects that are attempting to stand on the shoulders of giants, learning from the limitations of their well-established predecessors to deliver faster, more robust tech that can scale to meet a potentially much larger user base in the years to come.

Elrond is one of those projects, promising an “Internet-scale” blockchain built for finance, enterprise use, and more thanks to a combination of sharding and a secure proof-of-stake consensus mechanism.

Its Lord of the Rings-inspired name may be based in fantasy, but Elrond’s goal is to make mainstream adoption a reality. Here’s what you need to know.

Elrond is a blockchain designed for immense scalability and significant transaction throughput thanks to its adaptive state sharding system, which enables transactions to be handled rapidly by multiple validators.

Given that kind of speed and scalability, Elrond has positioned itself as an ideal blockchain for decentralized finance (DeFi) developers to use for their apps, as well as for other kinds of decentralized apps (dapps).

Elrond is loaded with Lord of the Rings references, like Arwen (its virtual machine for smart contract development and Maiar (its payments app).

How does Elrond work?

Sharding is a technique that breaks data down into smaller pieces and distributes them across multiple chunks of the network, or shards, each comprising a number of nodes that process transactions.

As a core concept, it’s not unique to Elrond; Zilliqa is another sharded blockchain with similar aims, while Ethereum 2.0 will also implement sharding techniques. What Elrond does a bit differently is to implement three different kinds of sharding—state, transactions, and network—and use parallel processing to speed up transaction time and handle more at once.

The border to what’s possible is no longer technical.

Elrond also uses what it calls a secure proof-of-stake system consensus mechanism. It pairs the weight of a validator’s staked EGLD tokens with a network rating for each node, creating something of a meritocracy, plus it implements random validator selection and regularly reshuffles nodes between shards. It’s said to be a secure, low-latency solution for consensus.

What’s so special about Elrond?

Elrond’s creators suggest that the technology is to previous blockchains what broadband was to dial-up connections, enabling dramatically greater bandwidth to handle higher volumes of transactions and more demanding decentralized apps. While targeted at dapp developers, Elrond also aims to be a more consumer-friendly blockchain platform, as first demonstrated via its Maiar payments app.

“What Bitcoin was to the Cypherpunks, and Ethereum to developers, Elrond will be to the simple internet user,” wrote CEO Beniamin Mincu in a January 2021 blog post. “With only 50-100 million people in the blockchain space, Elrond will open the flood gates to create a new market.”

And perhaps the greatest time to be alive.

What can you do with Elrond?

Elrond is designed to be the backbone of decentralized apps, whether it’s related to finance or other needs. Extensive scalability means that it can handle significant growth, with sharding used to maintain the pace of transactions even as demands increase.

The EGLD token is used across the network including for transactions, validator rewards, governance, staking, and smart contracts.

Maiar is designed to be a decentralized alternative to mobile payments apps, with easier onboarding than some crypto wallets by creating a cryptographic hash based on your phone number. The app can be used to hold EGLD and other tokens, to make payments, and to stake tokens, along with other proposed uses.

Where and how to buy EGLD

EGLD is available for purchase from a variety of exchanges, including Binance, Crypto.com, Bitfinex, OKEx, and Binance.US. Additionally, you can purchase it via the Elrond website through services such as Moonpay and Ramp. Here’s an example of how you can purchase EGLD from an exchange, in this case Binance.US. We wanted to purchase $20 USD worth of the token, which at the then-current rate—less the $0.10 fee—worked out to 0.349 EGLD. Confirming the purchase eventually puts the EGLD into your wallet on the exchange, and then you can transfer it to an external wallet if you please.

Elrond’s developers see 2021 as a big jump forward for the blockchain. Launching a “100 days of hypergrowth” campaign in January, the team has been issuing mainnet upgrades with plans to enhance staking capabilities, expand DeFi functionality, and launch a decentralized exchange on the blockchain.

The most significant & complex Elrond mainnet upgrade has been released.

The tools for embedding native money into the internet are here. Smart Contract deployment, Meta-Transactions, a new Arwen WASM VM & several other features have been deployed. #hypergrowth100 Day 16. Thrd

Elrond has also announced a partnership with Band Protocol to implement its cross-chain oracle for bringing real-world data into the Elrond blockchain.

New users coming in every second.
This is adoption. And we've not even started.

The official launch of the Maiar payments app on January 31 marked a milestone for the blockchain; Maiar is designed to be the consumer face of the technology, bringing people onboard in a user-friendly way even if they’re not crypto-savvy.

It will be interesting to see whether it yields greater mainstream adoption than other crypto wallet services, and if it continues the rapid EGLD price and market cap growth that Elrond began experiencing at the end of 2020.