What China's citizens really think of its digital currency 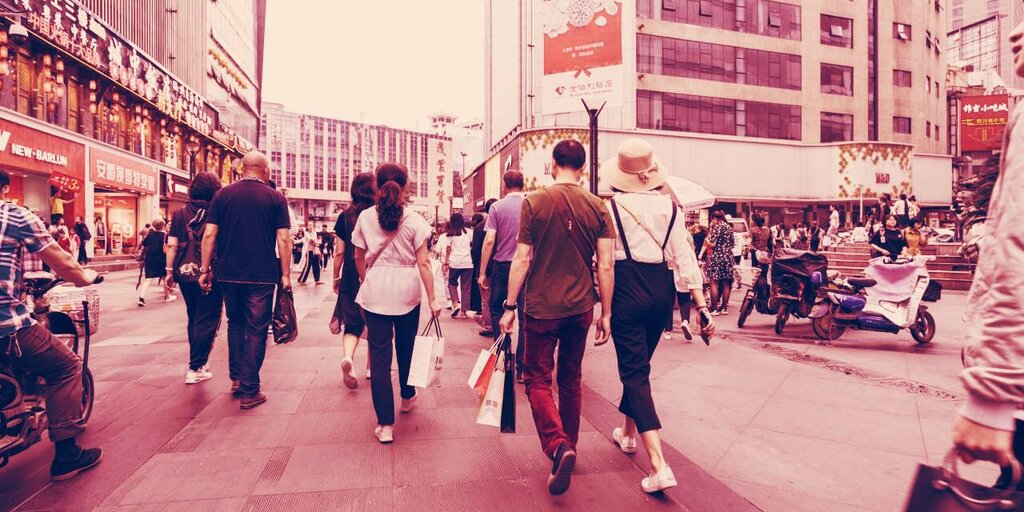 Following years of rumors and speculation, China’s digital yuan has officially rolled out in parts of China for pilot tests, with government mouthpiece People’s Daily recently publishing a story introducing the DCEP system.

Cities taking part in the pilot include Shenzhen, Suzhou, Xiong’an New Area and Chengdu, where people with accounts at major state-owned banks such as the Agricultural Bank of China can create a Digital Currency Electronic Payment (DCEP) wallet in their bank’s mobile app.

The app’s functions include digital currency exchange, wallet management and transaction records as well as basic payment receiving and collecting.

But in a country that already eschews cash in favor of mobile payments through the likes of Alipay and WeChat Pay, how much will an e-RMB really matter to the average Chinese person, the laobaixing?

How will the DCEP affect Chinese citizens?

To find out, Forkast talked to Chinese citizens from across the country.

“[The DCEP] will further enhance the current cashless society while maintaining the status of cash in a cryptocurrency format,” said Lim Wei Ming, resident manager at the Shangri-La hotel chain in Shenzhen.

A content manager at one of China’s largest Internet companies said she is already accustomed to making payments by WeChat Pay, so she likely will not change that habit.

“But it depends on how DCEP will promote itself in the future,” said Zhang Fan, who lives in Beijing and declined to identify her employer.

How does the DCEP work?

The DCEP will function both as legal tender and electronic payment. Like physical cash—and unlike debit cards or a private digital pay system like Apple Pay—retailers will eventually not be allowed to refuse it. Although China’s digital yuan doesn’t incorporate the decentralized elements of blockchain technology, it does make use of smart contracts, cryptography and tracking to enhance anti-money laundering efforts and combat tax evasion.

Because it would be state issued and controlled, central bank digital currencies (CBDC) like the DCEP would respond much more to monetary policies than credit cards or cryptocurrencies like Bitcoin that are independent of the government. The digitization of cash can also help governments keep tighter control over money in circulation, known as M0, which otherwise is harder for central banks to track.

Economists say the digital yuan would also give the PBOC, China’s central bank, greater ability to change interest rates to spur consumption. Increased consumption is one of China’s goals set out in its 13th Five Year Plan, which lays out long term economic strategies up to 2020.

China is already a cashless society

In China, mobile payments through apps like Tencent’s WeChat Pay and Alibaba’s Alipay are already in wide use, with most people using their mobile phones to scan a QR code at points of sale. Indeed, cash is so rarely used that even street beggars in China use printed QR codes to receive handouts. Credit cards have also fallen out of favor, since they require stores to set up processing infrastructure and charge high fees for transactions.

In China, cashless has been a way of life after Alipay and WeChat Pay toppled the use of cash and credit cards

“In China, cashless has been a way of life after Alipay and WeChat Pay toppled the use of cash and credit cards,” said Lim, the hotel manager. “Chinese people will endorse and not detest [the DCEP].”

Video game store owner Da Lin hasn’t used any cash at his Shenzhen store, located in a busy electronics shopping district, for the past three years. “For businesses like ours, I actually want no cash because it is simpler,” he told Forkast.News. “Now almost no one goes out with cash.”

As for China’s new digital currency, Lin’s reaction is essentially a shrug.

“[The DCEP] doesn’t matter for us for better or worse… because now WeChat, Alipay or other payment methods have basically covered all aspects of our lives, ” Lin said. “If the payment method is the same, the digital renminbi is just one more payment method.”

The DCEP offers features that current digital payment systems don’t have, such as “double off-line transactions,” which allow users to transfer and receive the e-RMB directly to and from each other without having to go through the Internet or mobile networks.

“There is a small chance that Tencent or Alipay may fail the next day, which also favors the DCEP a bit,” Zhiguo He, a professor of finance at the University of Chicago Booth School of Business, told Forkast.News. But he added that such a scenario—involving corporate behemoths that have been described as the Amazon and Facebook of China—is unlikely.

Indeed, most people may not even notice the difference. “Although there is little change from the user’s perspective, from the perspective of central bank supervision, future forms of finance, payment, business and social governance etc, this is the biggest thing ever,” Xu Yuan, associate professor at Peking University’s national development research institute, told Chinese state broadcaster CCTV.

“What is the incentive not to use [the DCEP]? It is a fun technology,” said He. “Digital transactions have got in every individual’s daily life and it is quite natural to have people start using it, as long as they have bank apps.”

However, some people still have misgivings about the possibility of an entirely cashless world.

“If I store my money in banks, I can withdraw cash from the banks, but if every cash becomes electronic, it would be very easy for someone to steal them electronically, right?” said Mary Zheng, a Chinese literature teacher in Guangzhou.

As societies become more and more cashless—a trend that the DCEP will likely only accelerate—people may lose the option of making anonymous cash transactions altogether.

Here is the worrying truth behind China’s digital currency

Like many central bank digital currencies in development around the world, China’s digital yuan could potentially offer the central government enhanced surveillance capabilities. Unlike physical cash, a CBDC could provide digital records and tracing. The anti-money laundering, counter-terrorism financing and other crime-deterring benefits are evident, but it could also mean a profound loss of user privacy compared to cash.

The DCEP could be like a one-way mirror, making the lives of ordinary users more transparent and easier to exploit by the government and companies with access to the data it generates—but ordinary people will not be able to see what they are doing, said Grace Li, a mainland student majoring in finance and economy at the University of Hong Kong.

Many Chinese citizens take a different view of privacy to that found in other parts of the world.

“Outside China, I agree that the privacy issue is at the center of debate,” said He, the Chicago Booth economist. But, he added, “for Chinese people, [privacy has a meaning] totally different from what western people think about.”

“For Chinese people, [privacy has a meaning] totally different from what western people think about.”

China’s mobile payment platforms may have already acclimatized its users to their data being tracked; and private corporations in China are already sharing user data with the government.

“There is nothing secret the moment you use a [mobile] platform to pay, as they have analytics to track your behavior,” said Lim, the hotel manager. ”A simple scan on a government website for something means you have already been tracked.”

Others said law-abiding citizens should have nothing to fear.

“Digital currency can be traced anyway in China, I think privacy does not matter because I am using [money] normally,” said Lin, the video game storekeeper.

And in this digital age, is anything private anymore?

“I think (exposing privacy) is a fact that nobody can run away from,” said Zhang, the Internet content company manager. “I can only count on the system to constrain and balance it.”

When will the DCEP launch?

There is no shortage of time to resolve this and other questions. While the DCEP trials are underway, People’s Bank of China (PBOC) governor Yi Gang has been downplaying their significance. “[The tests] don’t mean the official launch of a digital yuan… there’s no timetable for an official launch,” said Yi in a recent interview with the central bank’s publication China Finance.

Along with being able to use the digital yuan to pay for goods and services at such businesses as Starbucks and McDonald’s, the pilot makes reference to the 2022 Winter Olympic Games in Beijing. “That implies that it will take well more than a year before the PBOC fully launches its digital currency,” said He.