What Are Bitcoin Futures and How Do They Work? 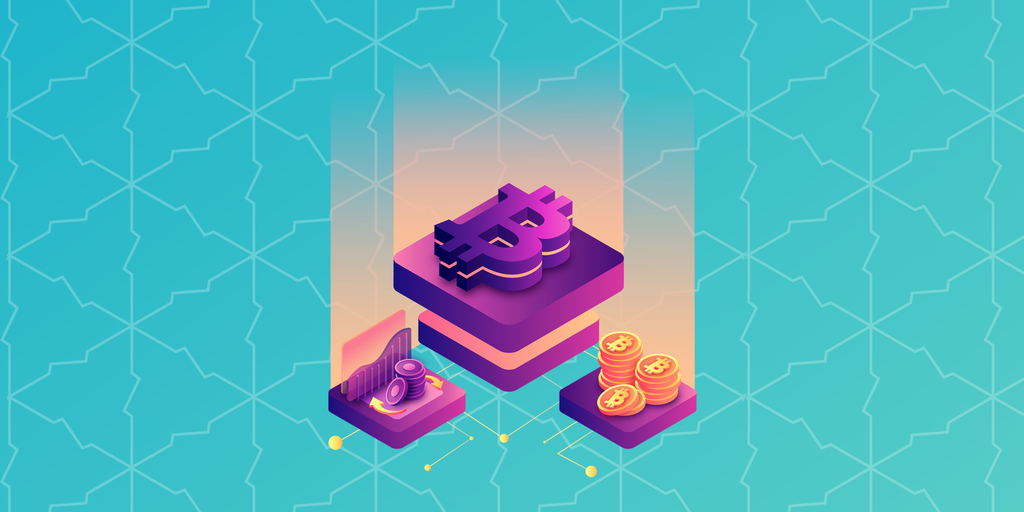 Bitcoin is the largest cryptocurrency by market cap. Like other cryptocurrencies, it’s also incredibly volatile. In March 2020, for instance, Bitcoin’s price practically halved in just a few days as markets tumbled amid fear about the pandemic. By early September, it had rebounded from about $4,000 to highs of $12,000—before promptly crashing again, dipping under $10,000.

Spot trading—the practice of buying and selling Bitcoin—forces traders to exchange cryptocurrencies at their current prices. But what if there was a way to lock in that price of $4,000, picking up the Bitcoin a couple of months later? So even if Bitcoin’s price hit $12,000, the counterparty would have to deliver the Bitcoin purchase with $4,000.

There is! It’s called a futures contract. A futures contract is an agreement between two traders that obligates a trader to buy or sell an asset at a specific time, quantity and price. For example, you might enter an agreement in mid-March to buy one Bitcoin for $4,000 for August 30. You could also be on the other side of the deal, agreeing to selling a Bitcoin for a fixed price. If you’re a buyer, you want the trading price of Bitcoin to go up, as you will be able to buy the cryptocurrency at below market value, while sellers want the opposite, profiting if Bitcoin were to decrease in price.

Futures contracts and the evolution of asset classes

“BTC futures are a great way to bring in additional liquidity to the market and also provide great arbitrage opportunities,” Nick Cowan, CEO of the GSX Group, told Decrypt. “Futures are an important part of the evolution of asset classes as they provide a benchmark—a Fair Value, or FV—of what the future value is, allowing arbitrage and liquidity to enter the market.”

Futures contracts originated with 17th-century Japanese samurai, who were paid in rice but were out most of the year doing whatever it is that 17th-century samurai do. But they wanted to ensure that the rice they were paid in, say, February held its value until August, so they traded contracts that obliged the signee to pay out the equivalent amount of rice in August, regardless of its current value.

The reason why you might trade Bitcoin futures as opposed to just, say, buying lots of Bitcoin worth $4,000 at the time, is that you don’t have to hold them yourself. (Our Japanese samurai analogy is helpful here—the Japanese samurai traded futures contracts so they wouldn’t have to store the rice themselves).

Some crypto exchanges, such as OKEx, have lower trading fees for futures contracts, which means that traders can squeeze a bit more out of their accounts by using futures.

How a trader exits their futures position

Nick Cowan, CEO of the GSX Group, told Decrypt: “BTC futures are a great way to bring in additional liquidity to the market and also provide great arbitrage opportunities.” That’s because futures contracts are generally not held until their expiration date. Instead, they are traded like other assets. As the trading value of Bitcoin varies, so too will the value of different Bitcoin futures contracts.

When entering a futures contract, there are three ways a trader can exit their position: offsetting, rollovers and expiry. Offsetting is the most common, and occurs when a trader creates another futures contract with an equal value and size, making their effective obligations zero as they balance out. Rolling over is done by offsetting a position, but with an expiry date that is further into the future. Expiry is what you’d expect: it’s when a contract reaches its end date and the parties who hold the contract buy or sell at the agreed price.

Another trading method for futures is hedging. Hedging is a way to reduce risk, which is useful for traders dealing with the volatility of cryptocurrencies.

Consider a trader who just bought three Bitcoin at a $10,000 a pop:

Hedging reduces a trader’s overall risk, although it does also limit their potential profits.

Bitcoin futures: a note of caution

The world of Bitcoin futures isn’t all fun and games. Taking on a contract is a serious obligation, and if it reaches its expiry date, the trader has a legal obligation to fulfill it.

Futures could lose you a lot of money, as you could be forced to buy Bitcoin way above its current trading price. Cryptocurrencies are one of the most volatile asset classes available; as with all cryptocurrencies, trading Bitcoin is very risky.