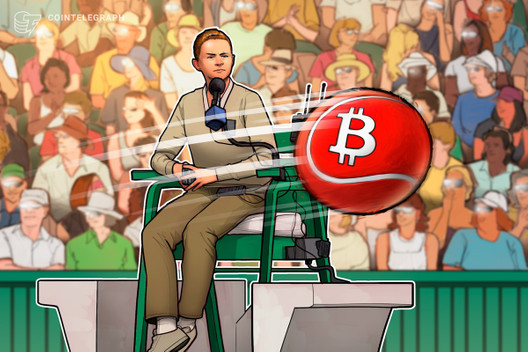 Wells Fargo warned that stocks could sell-off after an amazing recovery, meaning Bitcoin price is also possibly at risk of a sharp correction.

Wells Fargo anticipates U.S. corporate pensions will move $35 billion into fixed income. Analysts believe this may cause a sharp sell-off in the stock market and given the correlation between Bitcoin and stocks, this could leave BTC vulnerable for a pullback.

Will Bitcoin drop alongside stocks? 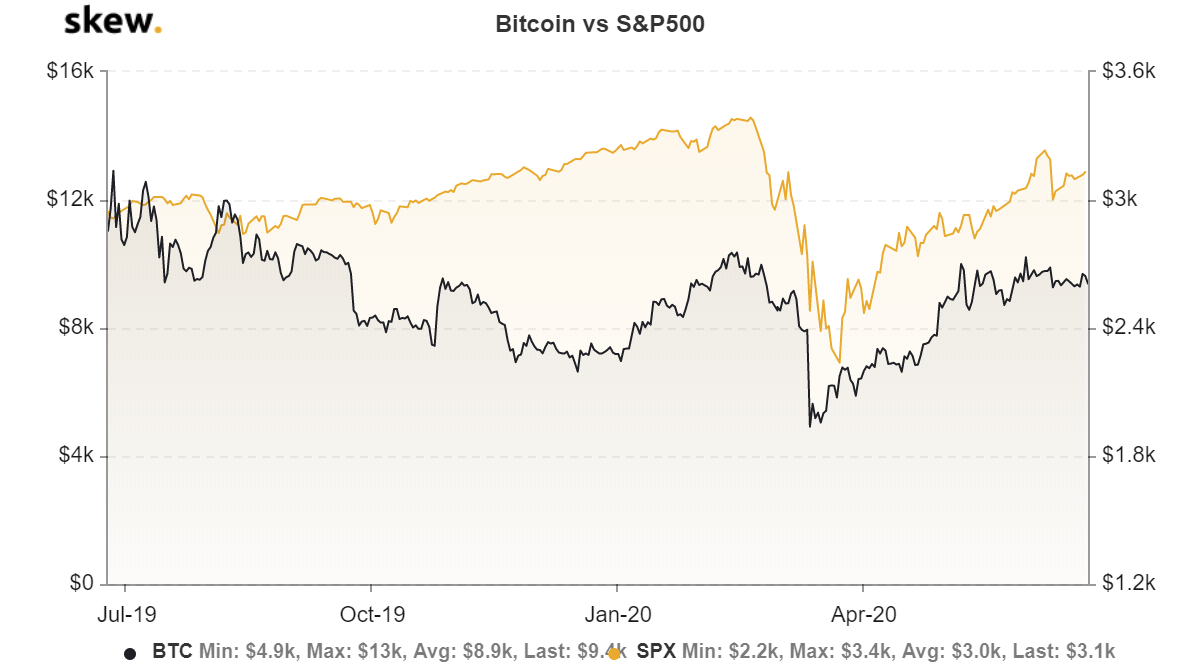 The correlation between Bitcoin and the S&P 500. Source: Skew

Since late March the price trend of Bitcoin and the S&P 500 index demonstrated strikingly similar correlation and data from Skew shows Bitcoin price rebounded with the U.S. stock market over the past three months.

Similarly, Bitcoin started to slump in the first week of June when equities dropped.

Wells Fargo and KKM believe equities will correct primarily because pension funds and other institutional investors may be preparing to take profit after a massive stock market rally.

“The end of the quarter is going to be pretty interesting, given how much the market has moved during this quarter. There could be volatility here. We already witnessed it and there’s potential for more, as we move toward the end of Q2.”

While stock market fears continue to grow over the likelihood of a sell-off, the cryptocurrency market awaits a record $930 million worth of Bitcoin and Ether options set to expire on June 26.

Options contracts give investors the right to purchase Bitcoin at a specific price and date that was previously agreed upon. As they expire, there could be a spike in buy and sell volumes and a sharp surge in volatility.

Apart from the expected increase in volatility, another variable in the short-term price trend of Bitcoin is the abrupt increase in selling pressure from miners.

Following a two-year high mining difficulty adjustment, miners have started to sell Bitcoin again. Selling from miners is a major source of external pressure on BTC, and the other is the sell-off of fees by exchanges.

“If you know when the miner sends money to exchanges, you can infer when the BTC price will plunge. The amount of BTC sent doesn’t matter when looking at the ‘Miner to Exchange flows.”

As risk-on assets enter a phase of fear kickstarted by rising coronavirus infections and the possibility of a correction in the stock market, a confluence of Friday’s options expiration and recent miner selling could raise the probability of a steep pullback in the cryptocurrency market.