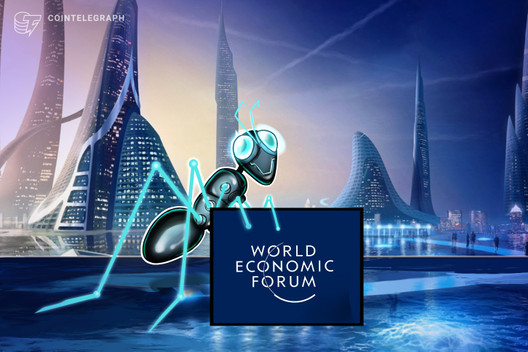 The WEF’s blockchain project lead said the technology has its place, but likely will not takeover as the underpinning of all systems.

Ashley Lannquist, blockchain project lead for the World Economic Forum, or WEF, explained blockchain has its use cases, but the technology is not without limitations.

“I think it is unlikely that blockchain technology will become the underpinning technology of all systems in the future,” Lannquist told Cointelegraph.

When asked about blockchain adoption’s biggest roadblock, she explained:

“Because of the trade-offs associated with blockchain – including capabilities as well as limitations and downsides – it has not been easy to identify many high-value use cases. This is probably a significant roadblock to adoption.”

The WEF recently released a report detailing its experimentation with blockchain technology in fighting public sector corruption. The report pointed out the tech’s decentralization and immutability, among other strengths against corruption. The WEF works in joint collaboration with multiple other entities for the project.

Free from centralized control, blockchain holds potential for transactions, as well as direct data management and documentation without middlemen, Lannquist said. The WEF’s endeavor looks at enhancing governmental transparency with blockchain — a technology that, by nature, makes corruption more difficult, as well as more obvious.

“Corruption is a high-potential space for blockchain because you really benefit from decentralization; records are very difficult to remove or censor, for instance,” Lannquist said.

Blockchain’s ability is not limitless

As many mainstream enterprise giants look at harnessing blockchain’s power for use cases such as supply chain management, the technology still holds limitations, Lannquist explained. The WEF’s project encountered a few such boundaries.

“These include challenges related to scalability, anonymity, governance (e.g. it is harder to fix bugs and change network software across a decentralized network), the presence of new or different security risks and attack vectors (e.g. 51% and double spend attacks), and slower transaction verification speeds compared with centralized database systems.”

Only approximately 11 years old, blockchain and cryptocurrencies still wade through the waters of infancy. The internet itself also underwent similar growing pains in its route toward the impact it holds today. Will blockchain technology see a similar future?