Weekly Roundup: Bitcoin’s Performance, Ethereum & Tezos Growth, And What To Expect In The Coming Week 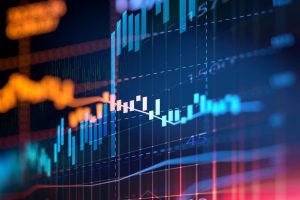 The cryptocurrency market has been chaotic over the past seven days as Bitcoin prices wobbled in and out of the $7,000 range, Tether broke the $7 billion market cap mark, Libra releasing a new whitepaper and Binance completing its largest burn yet. Here is what you may have missed during the week.

Bitcoin (BTC) currently trades at $7,146 across major exchanges signifying a 5% increase in the past week as bulls renter the market just before the halving. Bitcoin’s hash rate dropped to yearly lows of 96 Exahashes on Mar 25 leading to massive speculation on miners’ capitulation – turned out miners switched to Bitcoin Cash and Bitcoin SV mining heading to their respective halvings.

Since then the mining power has been refocused to Bitcoin with miners determined to secure the last few blocks rewarding 12.5 BTC before the halving (expected in less than 24 days). The hash rate is soaring back to yearly highs –currently at 118 Exahashes, an 8% gain in the past week.

BTC/USD price crossed above the SMA 50 resistance level at $7,000 offering buying signals on the pair. Additionally, the relative strength index is oscillating in the buy zone with a bullish projection. The only black spot in the extremely bullish indicators is the decreasing spot volumes over the past week.

Since the “Black Thursday” crash, stablecoins have experienced explosive growth as users direct their investments to less volatile assets. Over the past week, Tether printed $480 million in an inventory replenish which pushed the SC market cap to all-time highs. Tether (USDT) dominates the field holding 86% of the total stablecoin market with a market cap of $7.52 billiard.

Libra’s CEO, David Marcus launched an updated whitepaper on the Libra project this week. The Facebook-led project plans to move towards more regulated and compliance intensive stablecoins in a bid to sway the increasing regulatory pressure from global financial regulators.

b) a comprehensive network-level system around anti-money laundering (AML), Combatting the Financing of Terrorism (CFT), and sanctions enforcement. 4/8

A sudden interest is catching up on ETH amidst impatience on the launch of ETH 2.0, which will switch to the staking protocol. The second-largest cryptocurrency gained 16% over the past week to trade at $183.03 as at the time of writing.

Chainlink is one of the fastest-growing cryptocurrencies over the past year. The decentralized oracle has received rave reviews from top crypto personalities including Tyler Winklevoss, Founder of Gemini, who said the coin shows similar qualities to Bitcoin and Ethereum.

LINK currently changes hands at $3.73 representing a 15.9% gain in the past week, maintaining its 12th position on the log.

A roaring start to the week for BNB signaled a possible bull run on its dollar pairing. Since Wednesday, the coin has witnessed a 15% growth after announcing its largest quarterly burn ever. BNB trades at $14.46, a 58% gain in the past month and 20% in the past week.

The staking protocol, Tezos, is the top gainer across the top 30 coins in the past week gaining 23.3%. XTZ/USD trades at $2.73 USD as at the time of writing.

COVID-19 continues to be a pestilence to society, closing down daily life activities as the governments work to curb the spread of the disease. Blockchains communities and companies have come together also to ease the overall pain of citizens, companies and even football clubs across the globe.

Read more on how blockchains are faring on during this Covid-19 crisis on our exclusive news page here.