Waiting for Ethereum 2.0, but Layer-Two Solutions Are Needed Now 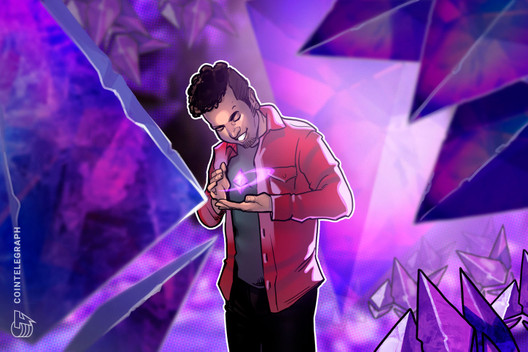 Ethereum 2.0. is coming, but not soon enough. Could layer-two solutions be the answer?

Ethereum has been the center of focus in the cryptosphere for some time now, and for good reasons. As the popularity of the second-largest blockchain network continues to grow, so too does the urgency for improved performance and scalability. The Ethereum network has been dealing with some congestion issues, the most recent of which resulted in its transaction fees ballooning in June 2020.

The network congestion even led to an increase in the maximum gas allowed per block on the Ethereum blockchain, enabling more transactions to be processed but also meaning that the size of the blockchain continues to grow — another scalability issue that Ethereum 2.0 sharding aims to solve.

As previously reported by Cointelegraph, the Tether (USDT) stablecoin is the biggest user of gas in the network, a trend that may be exacerbated by swaps from other blockchains to Ethereum, like the recent $300 million transfer of TRC-20 USDT into ERC-20 USDT. Following Tether, other popular DeFi applications are among the biggest gas-guzzlers in the network, with some of the tokens in these apps severely outperforming Bitcoin on the price charts.

As the DeFi ecosystem continues to grow, the urgency for scaling solutions that can ensure network usability continues to rise. Ethereum 2.0 is regarded as the long-term solution that can bring stability to the network, and the long-awaited upgrade is set to be released this summer.

While the initial release of Ethereum 2.0 is a noteworthy event, it will not bring about immediate changes. The first iteration will serve as a testing ground for what will eventually become the only Ethereum. This change is estimated to take one to two years. In fact, Ethereum’s creator, Vitalik Buterin, recently admitted that the team underestimated how long the sharding and proof-of-stake features that characterize Ethereum 2.0 would take to develop.

As such, the need for an alternative scaling solution that can either compete, coexist or precede Ethereum 2.0 becomes apparent. So, what are some of these solutions, and do they actually work? While some projects like Plasma have been abandoned, there are other independent projects that can help Ethereum now, some of which even build on technology left by the now-extinct Plasma, as Jon Jordan, the communications director at DappRadar, told Cointelegraph:

“Issues such as gas prices can be solved without Eth 2.0. There are plenty of layer 2 solutions launching and available — Matic, Skale Labs, OMG Network etc — which would solve these problems to some degree. And dapp developers are actively integrating these technologies or attempting to build their own.”

Second layer solutions aim to provide all, or most of the functionalities and security of their underlying blockchain without using it, or more accurately, using it in a different way. This is helpful in the short-term, as it relieves the Ethereum network of congestion, and in the long-term, keeps the blockchain free of “unnecessary” transaction history.

Layer-two solutions are complex and difficult to develop because they walk a very thin line between security and convenience. Blockchain networks are safe because every single transaction is recorded on an immutable ledger, however, these solutions bypass this constraint. Although this may seem counterintuitive, “maximum” security isn’t always necessary. For example, frequent transactions between trusted parties can be done through a second-layer network, and that’s just the start.

The concept of second-layer networks is not new, nor is it unique to Ethereum. Bitcoin itself is no stranger to congestion and scalability issues. Although the recent “emergency” of 2018 was handled with SegWit, a hard fork that changed the rules of Bitcoin and allowed more transactions to fit in each block, second-layer solutions have been in the works for years and may become widely used in the future.

RSK and the Lightning Network are examples of such solutions. Today, there are a few independent projects that leverage this same concept in order to provide an immediate solution for Ethereum’s scalability problems as well as a better ecosystem for the DeFi industry to flourish.

Matic Network builds on the Plasma project and provides an alternative proof-of-stake blockchain based on an adapted version of the technology. It uses a decentralized network of stakers who have deposited Matic to act as checkpoints between the two blockchains. This method allows for cheaper, faster and a higher volume of transactions per second, or TPS, on the second network, which can then be settled on the Ethereum network.

Matic provides solutions for multiple players in the decentralized app space, including payment networks, decentralized exchanges and even gaming DApps, which, according to Jon at DappRadar are in urgent need of alternative solutions:

“To a degree this depends on what sort of dapp you’re running. I don’t think the situation is particularly urgent for DeFi and DEX operators. They see more value being put into their dapps. But gaming activity has dropped around 90% since April, so it is urgent for that sector.”

Skale provides developers with a subscription service that can bypass the traditional gas fees applied to each transaction in Ethereum. Put simply, The Skale Network is like an unlimited WiFi package, useful for those that spend a lot of time online. Skale uses “Ethereum-compatible elastic side chains” to provide this service.

The OMG network has been around for a while and allows for faster ETH and ERC-20 token transfer using a similar system to the projects mentioned above. OMG focuses on enterprise use and claims to be the “only production-ready scaling solution for the Ethereum blockchain,” providing business-to-business solutions for companies looking to transact on the Ethereum blockchain.

So, there are several solutions that can help Ethereum deal with its current issues, but can they be used now? Sandeep Nailwal, chief operations officer at Matic Network, told Cointelegraph that Matic is actually the only viable option at the moment:

“[A] fully functional version of [Ethereum 2.0] which would be available for applications to run their smart contract transactions on is at least 1.5 to 2 years from now whilst the scalability on Ethereum is required today.”

While these solutions may be the only chance for survival, once Ethereum 2.0 is launched, the question becomes: Will these “solutions” become obsolete? However, it is always possible that they can coexist or even compete with the official Ethereum scaling solution. Nailwal believes that “Layer ones are settlement platforms, they are not meant to have the ‘business activity,’” adding:

“Eth2.0 doesn’t provide Ethereum infinite scalability. The best case scenario is 64 shards with shards which can be similar to today’s Ethereum chain. Assume a single chain improves with PoS and has 50 TPS. Even then 64 shards can offer 3200 TPS. The moment the supply of this TPS hits, the Dapps will start utilizing onchain aspects even faster and the demand will rise faster. We will again end up in the same situation.”

Moreover, these solutions are not exclusive to Ethereum. Some of the layer-two solutions aim to provide their services on multiple blockchain networks in the future and even enable decentralized cross-blockchain transfers.

The future of Ethereum

As individuals and businesses continue to invest and engage with the decentralized finance space, the Ethereum ecosystem faces a pivotal challenge where it must either scale or fade into irrelevance. Although second-layer solutions can be extremely helpful, they are still useless without a sound basis to stand on and businesses to provide their services to.

Nevertheless, the current struggles of Ethereum create the opportunity for these solutions to mature, as does the testing time for Ethereum 2.0. As Jon Jordan put it:

“Eth 2.0 will be a gradual process, so even when it’s ‘launched’ developers will be careful about using it so certainly for the next 6 months, I think there’s a big opportunity for other layer 2 solutions to gain market share.”