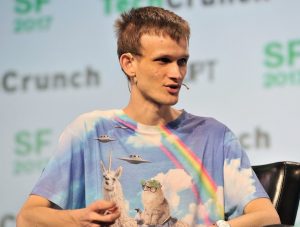 Hearing reports of a July launch in Ethereum 2.0? Well, Vitalik Buterin misheard the question at the conference and now clarifies further as he pushes the launch to Q3.

In a response on a Twitter conversation discussion the July launch date, Vitalik responded by saying,

Yeah I did not say July. Perhaps the question contained the word July but I did not hear July when it was asked.

OK I definitely should have heard July in the question, it was my mistake.

It happened yesterday at the virtual crypto conference, Consensus, which is currently underway. Vitalik notes that he misheard the question when the confirmed that the launch ‘is still on track.’ Earlier in February, another developer seemed to have 95% confidence in a July launch, which was being referred by the reporter to which he gave a thumbs up. Later, in a e-mail response to Coindesk, the organizer of the conference, he clarifies,

“My actual stance is that eth2 is ‘on track’ in that there aren’t any unexpected bumps in the road, testnets are coming along, etc, but I defer to the client devs on timelines and if they are now saying ‘Q3’ more broadly then I believe them.”

Since 2019, the developing team has made progress with a series of initial launch of the second chain, but none complete. The last significant development was the initiation of the PoS (Proof of Stake) protocol, but only on a public testnet without DApps application and smart contract platform.

Nevertheless, the community was still looking up to a July launch. The COO of Okcoin , Jason Lau, expressed disbelief on being misled by them. He tweeted,

I’m shocked! But others in the community also mentioned July!https://t.co/hTEkXLxgKf pic.twitter.com/3UzBsslgOk

Moreover, as reported earlier on CoinGape, with the progress made in first four months on Ethereum 2.0, the July launch would again have been just a part of the entire design. The feeling of lack of confidence among the supporters and investors is likely to deepen as the complete transition now seems to be pushed late into 2021.

With multiple hurdles ahead, would you bet on the success of Ethereum 2.0? Please share your views with us.