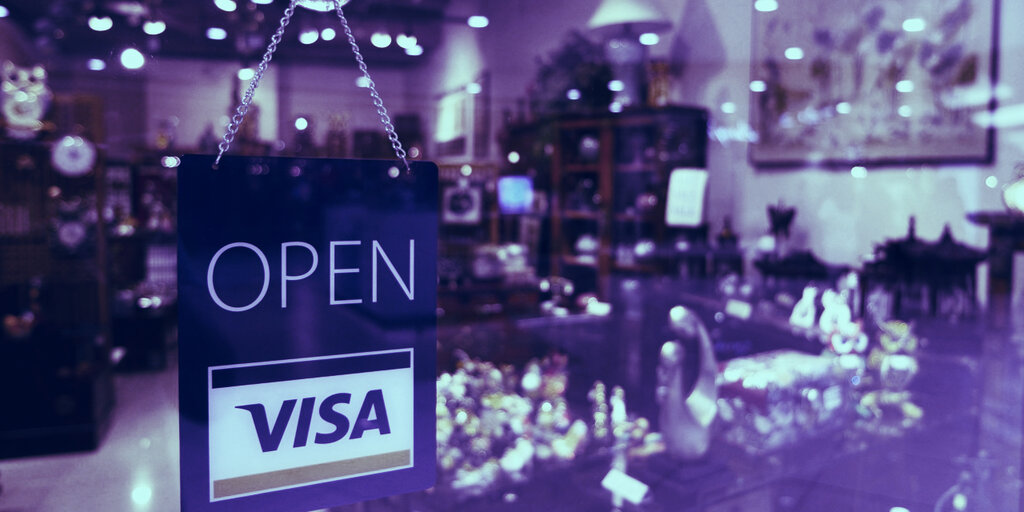 Visa International has filed a patent application for a decentralized system of a fiat-pegged cryptocurrency that could potentially replace cash.

Visa’s patent application, published by the United States Patent and Trademark Office on Thursday, is titled “Digital fiat currency” and describes a cryptocurrency system linked to fiat and based on “a private permissioned distributed ledger platform” (DLT).

And it sounds rather similar to a stablecoin—or a “digital dollar.”

“The digital currency may remain tied to fiat currency and may be regulated by a central entity (e.g. a federal country bank). This can prevent the volatility associated with traditional cryptocurrency systems and allow the central entity to maintain control over the monetary system,” Visa’s application described.

The system is designed to work closely with the government in question.

According to the filing, Visa’s invention is designed to make any given financial system move towards becoming fully digital as “cash may be removed from the markets in a frictionless manner.”

Visa’s invention aims to create a system where cash can be “scanned,” put on a blockchain in the form of cryptocurrency and removed from circulation. To avoid counterfeiting or fraud, serial numbers of banknotes could be used to verify and avoid potential double digitalization.

To operate their funds, customers will be able to use digital wallets that “may be an electronic device or online service that allows an individual to conduct online transactions.”

“Digital cash” can be anonymous too

At the same time, the system described by Visa could also allow users’ transactions to be anonymous.

“Embodiments may also allow for user anonymity […] Privacy can be controlled, for example, using channels. Anonymity may be provided in whole or in part. For example, the name of banks may be recorded on the blockchain in association with a transaction, but not the name of individual users,” the document stated.

In another instance, data recording “in a limited fashion” is described, based on transaction thresholds and central entity requirements, for example.

How Coinbase’s success with Visa will help crypto adoption

“As a specific example, transactions for an amount less than $1,000 may remain anonymous, while transactions for $1,000 or more may be recorded with identifying information of the entities involved,” the filing noted.

Commenting on Visa’s “digital dollar” patent, Christopher Giancarlo, former chairman of the US Commodity Futures Trading Commission, told Forbes, “This confirms when the U.S. does big things like the space program and the Internet, there are partnerships between the private and public sector. This patent filing is evidence the private sector is very much at work on the future of money,” he noted.

Recently, Giancarlo and some other well-known crypto experts have similarly stated that traditional economies need to move towards digital currencies.

Now, it looks like Visa is of the same opinion.