Virtual Economies Gear up the Gravy Train in Blockchain-Based Gaming 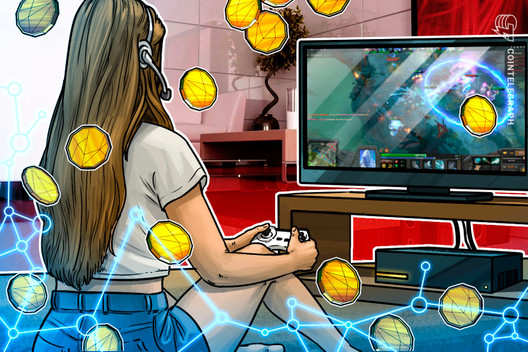 Blockchain games continue to gain acceptance as the infrastructure around virtual economies and NFTs continues to grow.

Virtual economies based on blockchain technology are starting to emerge as one of the biggest upcoming trends in gaming, gaining more traction with investors, gamers and developers alike. The use of nonfungible tokens, or NFTs, which provide proof of ownership and the means to transact the set holdings in a seamless fashion, can drive further adoption of games that use virtual economies beyond the crypto realm.

In the latest development, DMarket, a platform that leverages blockchain technology to enable buying, selling and trading of in-game assets, has closed $6.5 million dollars in venture funding.

The round was led by Almaz Capital, a global venture capital fund with a strong presence in Silicon Valley and Europe. Additional support for the funding came from the payment service company, Xsolla. CEO and founder of DMarket, Vlad Panchenko, told Cointelegraph that this is the company’s first VC funding round after raising $19 million from an initial coin offering in 2017.

DMarket wants to create a virtual economy as an alternative to today’s real-world economy. Panchenko explained that DMarket plans to use the new funds to further develop in-game ecosystems where game developers, players, influencers and brands can co-create video game content securely while generating profit. He said:

“I believe that the future of gaming will resemble virtual worlds where players can truly own their in-game assets. Players will also be able to buy or sell these items more efficiently then what we currently see in real-life.”

Gaming pioneer Trip Hawkins, who joined DMarket as an independent board member and has over 33 years of experience as a CEO and founder of four gaming companies, told Cointelegraph that some distinctive themes are emerging in the gaming industry: “Video games are supporting new business models and a bigger audience. These business models are games that can be played for free, but that contain virtual economies with virtual currencies.”

According to Hawkins, industry growth in gaming is now centered around social games and virtual goods economies. He mentioned that there has been a breakthrough lately in esports along with the trading of virtual goods for cryptocurrencies. “These themes are part of the future of gaming,” he elaborated.

While many blockchain-based, in-game virtual economies and social interactions are still in early stages, there has been an increased amount of interest lately from major investors, game developers and traditional gamers.

Investment director of Almaz Capital, Tanya Dadasheva, told Cointelegraph that while Almaz had made prior investments in gaming companies, DMarket is the firm’s first investment within the in-game trading space. Dadasheva explained that she believes virtual economies will continue to rise:

“We are placing our bet on the rise of virtual economies, driven by the desire to personalize the digital persona and express individuality in these virtual worlds. Blockchain technology is perfect for digital items trading, as every item itself is a token, and the marketplace is balancing their relative value. Blockchain creates actual ownership of the items with the ability to trace their uniqueness.”

The benefits that blockchain can bring to the billion-dollar gaming industry is catching on. Gaming giant Atari recently announced that holders of its Atari token will be able to spend it on gaming, betting and shopping. The announcement came following Atari’s partnership with esports firm Unikrn.

The partnership will provide Unikrn users access to Atari’s well-known games like Centipede, Pong and Asteroids. Atari players will also be able to leverage the esports betting platform on Unikrn. The partnership demonstrates that cross-platform play and social play will be major gaming themes moving forward.

Hawkins noted that when players started to play games like Fortnite, there was pressure from gamers to access it on platforms other than PlayStation. Hawkins predicts cross-platform and social play functionalities will be major elements that will allow gamers to spend money to acquire virtual goods within decentralized ecosystems:

“I think we will see players who support certain games wanting to trade items to other players on different platforms. There will be increasing pressure on the gaming industry from game developers who want to support an open market for trading items, which will eventually make blockchain games more popular.”

Although still an early concept, the blockchain community has started seeing instances where NFTs are being created, collected and traded among individuals. For example, on June 17, gaming giant Ubisoft released a series of blockchain-based digital collectables for its gaming and television franchise Rabbids, offering 55 collectables as NFTs on the Ethereum blockchain.

As with all NFTs, the new collectibles consist of unique properties and designs. Each has its own value and can be exchanged like a trading card. Ubisoft noted that all proceeds from the sale of these collectables will be donated to the UNICEF fund.

Additionally, a new digital trading card series on the WAX blockchain was announced on June 11. Known as Blockchain Heroes, the series was developed by The Bad Crypto Podcast hosts, Joel Comm and Travis Wright. Comm told Cointelegraph that Blockchain Heroes will feature 50 unique superheroes inspired by the personalities within the crypto and blockchain community. Each superhero comes in the form of a digital trading card NFT and features unique designs, properties and value. Comm said:

“Our goal is to create a collector market for blockchain cards. These cards are similar to collectable art. There will be different card rarities — common, uncommon, rare, epic, legendary, mythic level and golden fury. The rarer cards will be more elaborate than the others and therefore harder to find and more valuable.” 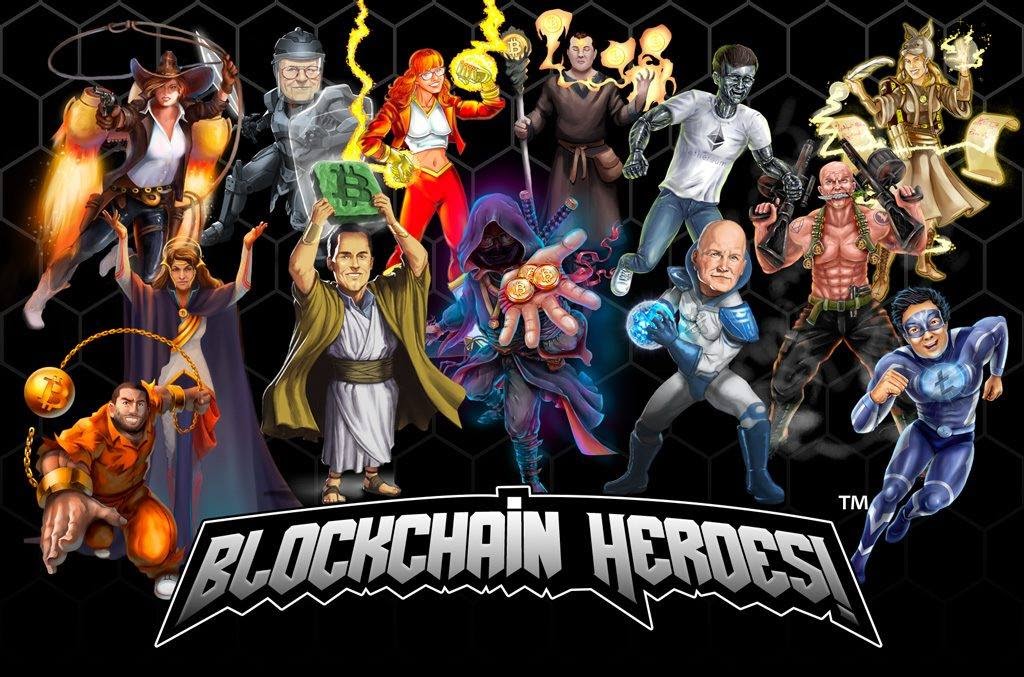 Comm, who has been involved with NFT development since 2019, further explained that the market for digital collectables is getting ready to “explode” and will drive mainstream adoption, since it’s a new, yet familiar concept:

“You have people who want to collect digital trading cards, or NFTs, because of nostalgia. You also have those individuals who enjoy the trading, buying and selling process and can earn great revenue.”

Comm further explained that putting trading cards on a blockchain network is beneficial for two main reasons. First, proof of ownership is simple since these collectables are stored in a digital wallet. “As long as you have the keys to your wallet, you have proof that you own that,” said Comm.

Secondly, trading collectables is much easier on a blockchain network, since everything is peer-to-peer. Transparency is another major benefit, as card collectors can see the public history of trades made on different blockchains by visiting certain sites. Ultimately, true ownership of digital assets is a major benefit of blockchain-based games and collectables.

President of Blockchain Game Alliance, Sebastien Borget, told Cointelegraph that the upside of blockchain games is ownership of in-game assets that players can easily transfer and sell on marketplaces. For instance, games where land or gear is presented as NFT tokens can thrive through the use of virtual economies. Borget added:

“Players can earn rewards in the form of tokens or NFTs that can go up in value. Players that dedicate their time to create and earn in-game assets are stakeholders in the game and part of the entire ecosystem.”

Unsurprisingly, the coronavirus pandemic has helped blockchain-based games with virtual economies gain traction. An Animoca Brands report shows that gaming has increased since COVID-19 lockdowns, stating: “According to SteamDB, the number of Steam concurrent users gained 23.7% in March and reached 24.5 million on 4 April 2020, setting a new record.”

The report further states that additional revenue sources can be gained from blockchain-based games versus traditional games. For instance, current gaming revenue comes from in-app purchases and advertising. Blockchain games revenue is generated from the pre-sales of in-game assets, transaction fees based on the volume of digital items traded, and true economies being built on virtual grounds. Dadasheva added that the rise of virtual economies due to COVID-19 influenced the firm’s decision to invest in DMarket during this time:

“We are excited about the changes in behavior and perception of virtual worlds, where games are becoming the place to hang out for new generations, the place to express themselves. It’s not just entertainment anymore, and COVID-19 has highlighted this trend. These trends cause the need for new economies, trust in ownership and uniqueness of items, and their transferability between worlds and games.”

“We need these games to reach at least 1 million active users. Once this number is achieved, traditional gamers will eventually jump on board the trend. When you look at the top performing blockchain games today, you only see that there are 10–20 thousand users per month. However, I do think the pandemic has accelerated the adoption of blockchain games and I am bullish that this year and next will trigger a major event for the market.”