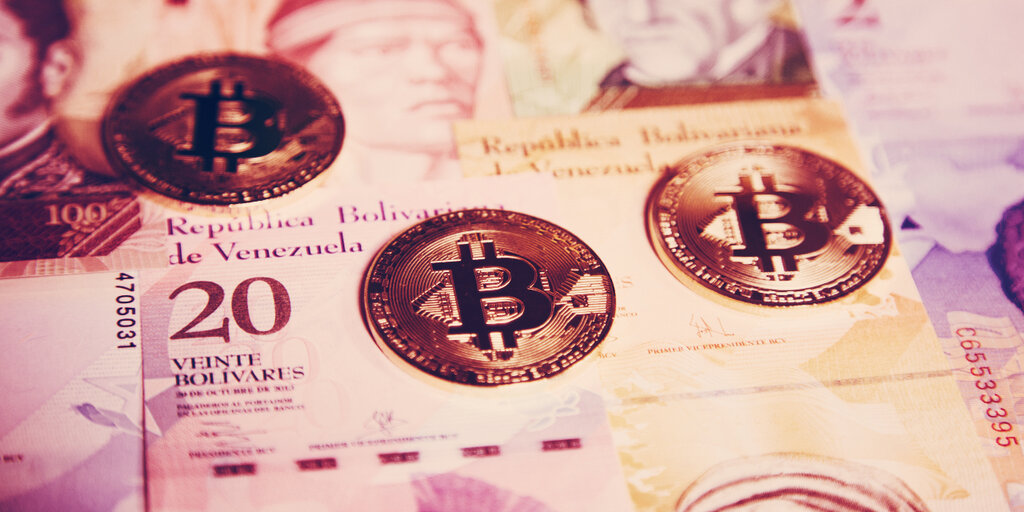 It took the intervention of the United Nations, but Venezuela’s government finally succeeded Wednesday in getting the Bank of England to allow it to use a portion of its own gold to buy food, medicines, and other supplies to combat the coronavirus pandemic.

It involved some complex geopolitical maneuvering. But the situation could have been made far easier had the government of Nicolas Maduro used Bitcoin, instead of gold, for its own reserves—like it reportedly planned to begin doing last September.

Earlier this week, Reuters reported that Maduro’s government successfully got the UN to act as an intermediary, countering the Bank of England’s argument that it should withhold the gold held in reserve because it could be used for corrupt acts by a government that England considers to be illegitimate.

The Bank of England based its stance, in part, on a request from Venezuelan Congressman Juan Guaidó to not hand over the funds. The Bank, after all, recognizes Guaidó as the real president of Venezuela, since the United Kingdom is one of nearly 50 nations that do not recognize Maduro’s authority.

The fact that the Bank of England has agreed to hand over at least some of Venezuela’s own gold back to Venezuela is no doubt a relief for the country. Still, the entire ordeal makes the case for decentralized assets, such as Bitcoin and Ethereum, as stores of value. What’s more, it enhances the argument that crypto will increasingly play an important geopolitical role.

Politics, after all, is at the root of the issue. While the Bank of England may have legitimate reason to be concerned about corruption within Venezuela’s government, passing moral judgements goes beyond its role as an asset custodian.

But even in the unlikely event that Venezuela regains full control of its gold reserves, Venezuela still faces the prospect of trying to swap goods and services with other nations while the global banking infrastructure isn’t very keen on its government.

Bitcoin and the politics of crypto

The ordeal perfectly illustrates the benefits of crypto for sovereign nations, not only for the people within those nations but for governments as geopolitical tools. And it explains why Maduro’s government has already begun accumulating Bitcoin and Ethereum as part of its international reserves.

Unlike gold, the costs of sending funds in Bitcoin are minimal. Custody costs are also free. Even transaction costs are lower with Bitcoin (despite current high fees on the network) than with the most attractive offer from any bank, fintech, or remittance service.

And, perhaps most importantly, decentralized, peer-to-peer transactions eliminate the middlemen—removing any government body from the equation. Crypto networks are apolitical and amoral.

Bitcoin reserves would therefore allow Venezuela to truly “act as its own bank” on the international level. And if it follows through with this plan, it could provide the blueprint for other nations to follow.

But make no mistake. While Venezuela may in fact be as corrupt and socialist as it gets, deep down the problem with its current government may not be ideological—but rather one of opportunity. After all, Venezuela is a small, oil-rich country currently stuck in the middle of a dispute between two economic giants, China and the United States.

So while we may wince at the thought of a corrupt government such as Venezuela using Bitcoin to circumvent international restrictions, the truth is that crypto as a reserve asset could provide respite to any country that, for whatever reason, falls out of favor with the geopolitical status quo.