Venezuelan Petro Payments May Be on the Rise 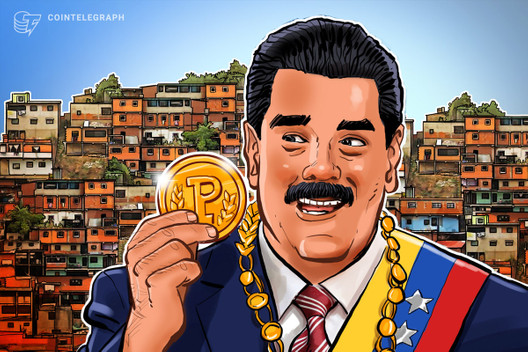 The government of Nicolas Maduro claims that 15% of fuel payments at petrol stations were made using the state-backed Petro token.

The Venezuelan government announced on June 11 that almost 15% of all fuel payments at petrol stations across the country were made using the Petro (PTR). This rise comes during the first week of the new state-backed plan to promote widespread use of the token.

According to a report from Ultimas Noticias, 40% of the PTR transactions passed through the foreign stations.

The blog Geopolítica Coyuntural says that Petro adoption will strengthen the balance and the homologation of value between the primary and secondary market, “allowing to build an economical and stable structure for the crypto environment in the country.”

Citizens used biometric tech solutions to process payments in the oil-backed token through the gas stations across Venezuela.

The local media outlet’s article, which has a noted pro-Maduro agenda, assures readers that the Petro itself has “set unprecedented milestones,” such as allegedly being the first crypto used by seniors in the world. This claim comes despite executive orders issued by the President of the United States, Donald Trump, to sanction the use of the Venezuelan token.

Doubts on Petro’s positive impact on the Venezuelan economy

As Cointelegraph Spanish reported in April, since its implementation in Venezuela, the Petro has not been well received either by Venezuelans or in an international context.

“Regardless of whether or not the government is right to accuse international actors of the situation in the country, what is undeniable is that wages continue to fall while prices rise uncontrollably. Therefore, the obligatory question about the impact of the Petro on the Venezuelan economy seems to leave more doubts than satisfaction.”

Recently, the United States Department of State offered a reward for information that can help trace the whereabouts of the current Superintendent of Cryptoactive Assets and Related Activities, Joselit Ramírez.