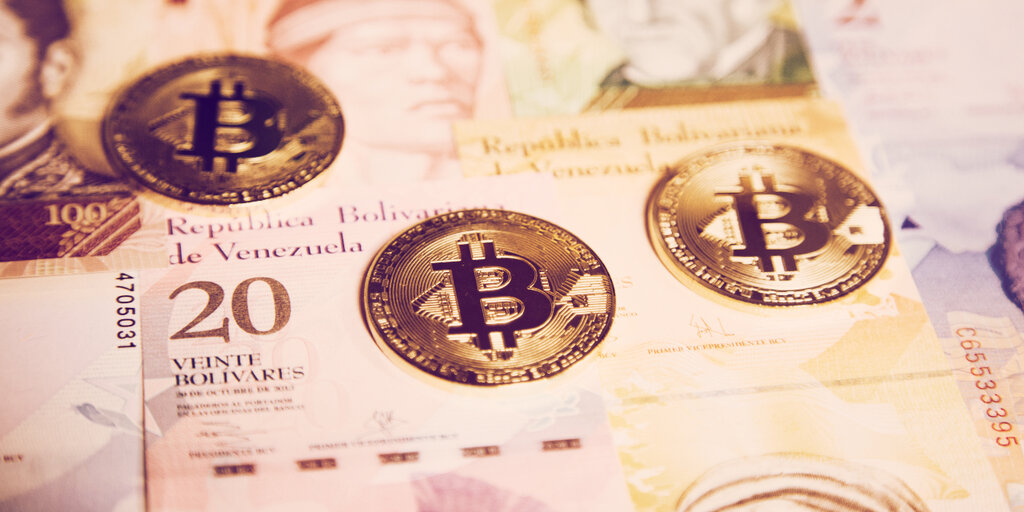 It’s hard being a Bitcoin miner in Venezuela. Despite cheap electricity, and BTC mining being technically “legal” in the country, run-ins with the government are common for Bitcoin miners.

Earlier this week, the Venezuelan National Guard announced the seizure of more than 300 ASIC miners from a local entrepreneur who was trying to transport them to the town of Ciudad Guayana. The news was shared by the National Guard via Twitter.

According to the commander of the relevant district, Adolfo Rodríguez Cepeda, the military carried out a routine check on a truck that was attempting to pass through the Guayana Toll —a military checkpoint on the city outskirts.

Officials reportedly asked the truck’s driver for a permit, as there are currently driving restrictions due to the coronavirus quarantines still in place in Venezuela. The driver did not have the required permit, according to the military, so officials inspected his cargo and sought further documentation.

Once authorities found the Bitcoin miners, 315 Bitmain ASICS model Antminer S9, they asked the driver for the required legal paperwork to own and operate such equipment in the country, which he failed to provide, officials claim.

Officials then seized the equipment and referred the case over to the National Superintendence of Cryptoassets and Related Activities (Sunacrip), the public agency in charge of regulating Venezuela’s crypto industry.

The relevant parties did not respond to Decrypt’s request for comment.

The ordeal exemplifies the Venzuelan government’s love-hate relationship with crypto. Crypto mining remains a popular way for tech-savvy entrepreneurs in the country to earn US dollars (or their equivalent), and it has proven to be very profitable, since Venezuela has one of the cheapest electricity rates in the world.

In recent years, however, the government has cracked down on the practice, claiming that Bitcoin mining has paved the way for increased speculation on the value of the dollar and circumvention on the country’s financial controls.

At the same time, President Nicolas Maduro has promoted the use of the state-backed petro cryptocurrency, and made efforts to boost petro mining in the country. Maduro’s government has also created several legal instruments, some through executive orders while others through legislative action, that have given cryptocurrencies legal status.

Confessions of a Venezuelan Bitcoin miner

Crypto mining was explicitly made legal in Venezuela, however to engage in the activity interested parties must register their business with the National Registry, just like any other entrepreneur would do before starting any business in the country.

But the registry has been the source of alarm and frustration for crypto entrepreneurs in the country, as some fear that disclosing this type of income and activity might attract the attention of criminals and corrupt government officials and lead to extortion attempts or worse.

One such Bitcoin miner is Juan Blanco, who last year told Decrypt of his troubles with police in the country as a result of his mining business.

“I think I’m ‘marked’ by both the police and the community,” Blanco, who felt forced to move his mining farm, said at the time.

Yet for Blanco and many others, the potential rewards still outweigh the risks: “Venezuela is [still] the best place in the world to mine,” he said.