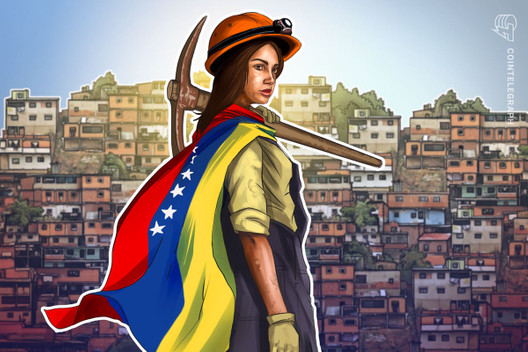 Venezuelan Minister of Habitat and Housing Ildemaro Villarroel announced today that crypto mining operations won’t be allowed in any state-owned housing or neighborhoods that are part of the “Gran Misión Vivienda” project (Great Home Mission).

During an official speech on July 15, Villaroel stated that any kind of equipment related to crypto mining is banned in public housing due to “high power consumption” and for widely “violating” the government’s electrical supply policy.

“In this coordinated work, we have detected the harmful effects of these elements of high electrical demand in the public houses of the Gran Misión Vivienda project.”

Gran Misión Vivienda is a plan by the Venezuelan government to grant housing to citizens with low income amid a long-lasting economic crisis that the country had already been facing before COVID-19 showed up.

Villarroel says that crypto mining activities could harm the distribution of the power supply in every neighborhood. But critics of the measure, primarily through social media, point out that the Venezuela was negligent in improving the local electric supply system. The issue went major after a national electrical shutdown in 2019 as a result of the failure of the “Guri” hydroelectric dam.

Recently the Bolivarian National Guard of Puerto Ordaz seized 315 Bitcoin (BTC) mining machines manufactured by Bitmain. The owners of the mining rigs were told that they did not possess the necessary permits to own and operate the machines.