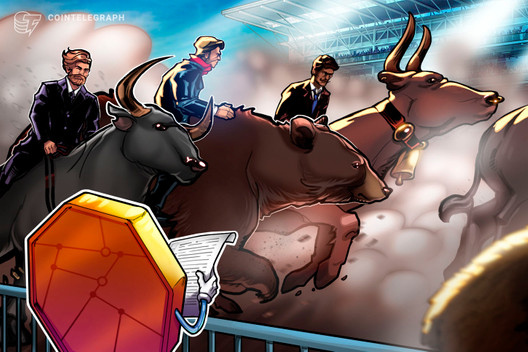 Decentralized finance (DeFi) protocol Vega has launched a program to grant market makers early-access to the platform ahead of its public test-net launch.

Vega comprises a Proof-of-Stake protocol that facilitates the creation of leveraged financial products.

The startup believes that it can attract robust liquidity by offering liquidity providers significantly higher returns than traditional exchanges.

Vega co-founder Tamlyn Rudolph speculated that market makers could earn between ten and 20 times that offered by traditional centralized platforms, stating, “We have disintermediated the typical expenses incurred by exchanges, with the preserved profit largely redirected to the market makers on Vega.”

Rudolph stated that Vega’s model is intended to reward liquidity providers “for the high-value activity of incubating and growing healthy markets,” estimating that market makers will receive between 50–70% of total fee revenues generated on the platform.

“We recognize the essential value provided by market makers and innovators, so the protocol strongly rewards the value they add with a share of each market’s overall revenue,” said Vega co-founder Barney Mannerings.

“Current market infrastructures benefit from fantastic economies of scale, which currently help to line the pockets of exchanges and other rent-seekers while traders are charged excessively for services that should be cheap or free,” he added.

Vega launched its protocol on private testnet in March, with Mannerings emphasizing his intention to open-source Vega at a later date.