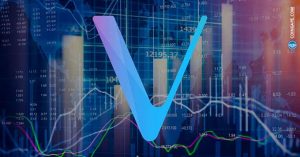 While the fire dies down in Bitcoin’s (BTC) market, witnessing its price plummet to the $8,600 support levels, from the highs of $10,000 in October following Xi’s speech on blockchain, one China-friendly coin has been showing steady growth. VeChain, a blockchain platform being used in food traceability in a partnership involving China’s and France’s governments, has seen its native token, VET, surge over 20% in the past 24 hours amidst a cloud of red across the crypto market.

VET/USD Surges 22% in 24 Hours in a Bleeding Market

In a market that has seen most of the major cryptocurrencies lose ground against the green back, VET has performed exceptionally well. In the past 24 hours, VET/USD climbed by 22% to trade at $0.007659 USD. Its market cap has broken above the $400 million level and is now at $424 million. The coin ranks 27th on Coinmarketcap.

The spike in VET’s price is heavily attributed to the recent partnership between Foodgates and DNV GL, a food certification group, and involvement of China and France governments, in developing a food traceability platform on the VeChain blockchain.

In an event attended by both the French president Emmanuel Macron and China’s Xi Jinping, the platform was launched testing premium meat produce during the conference.

How high is VET/USD set to soar?

Since the golden cross at the end of October, the SMA 50 and SMA 200 have drifted further apart, signaling strength of bulls in the market. VET/USD tested support levels at $0.005 USD on 9th Nov, giving bulls momentum in the market through the week to trade at $0.007 today. 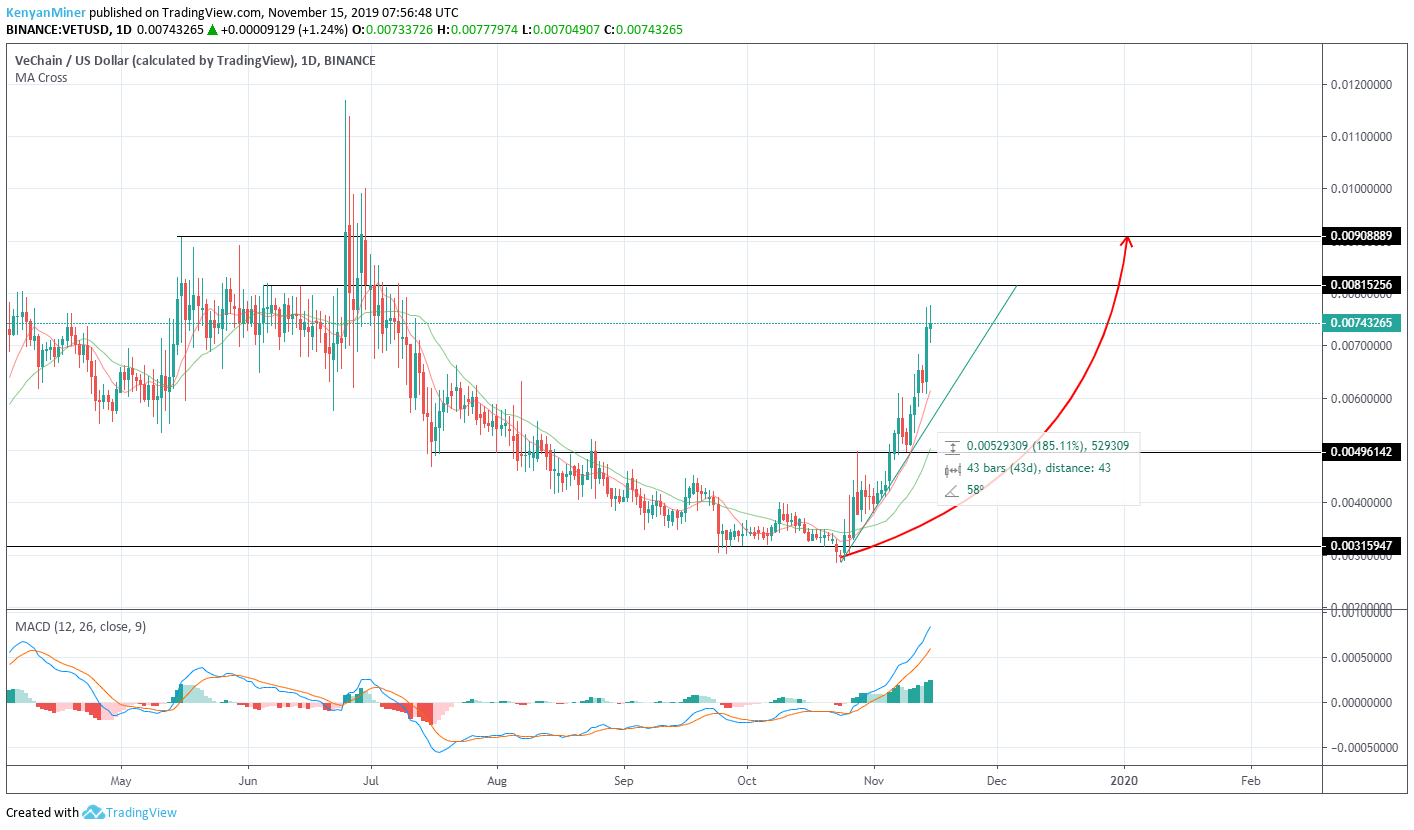 The strong push in the green by VET/USD bulls is set to be tested at the minor resistance levels at $0.0080 and $0.00815. A break above this point places the price at its highest point since July this year, and signals a possible push towards major resistance at $0.0090 USD. 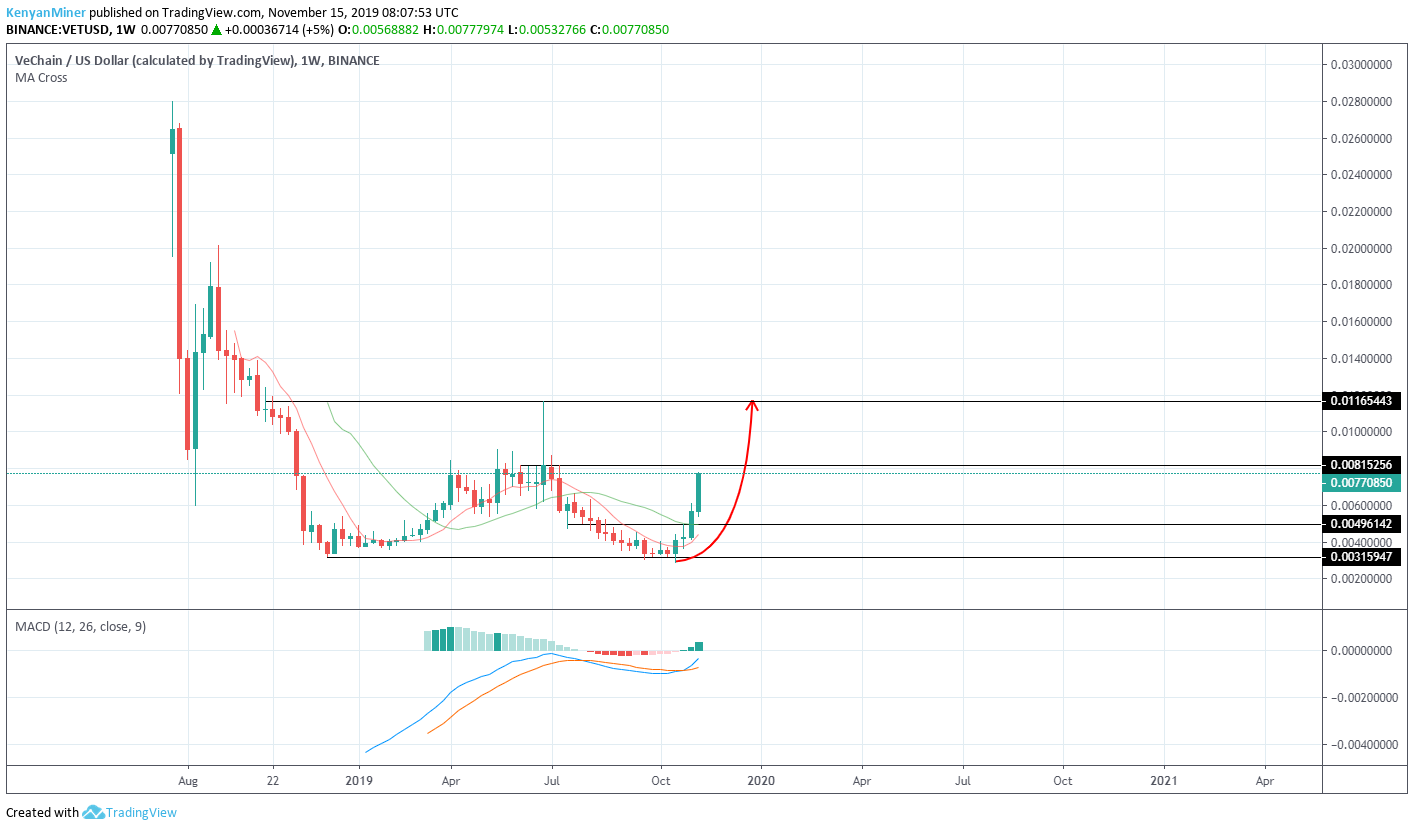 Looking at the weekly chart, VET/USD broke above its bearish resistance channel last week, and a close above the channel for the weekly candle signals a start of an uptrend for the pair. The bullish reversal is further supported by the room left on the relative strength index to reach the overbought region with the RSI currently oscillating at 68.

The golden cross forming on the MACD line also screams bullishness on the VET/USD pair. With China pushing the blockchain agenda, and VeChain firmly in contact, could a $0.01 VET price be on the way?

The post VeChain [VET] Analysis: VET Surges 22% Against USD in a Day as Bulls Target $0.01 USD appeared first on Coingape.