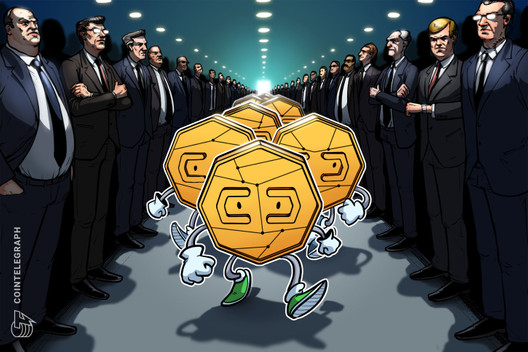 The Cyber Fraud Task Force created by the U.S. Secret Service aims to combat the growing trend of cybercrimes related to financial matters.

According to the official announcement, the Secret Service had been planning over two years to create a unified task force to combat cybercrimes related to the financial sector and fight things like ransomware attacks, business email compromise scams, credit card online stealing, among others.

The CFTF appears in a context that the illegal market of credit card stolen data through the dark web and banking details from companies keeps rising.

The Secret Service showed concern toward the role of cryptocurrencies behind the online illegal transactions, as these have become “one of the primary means by which criminals launder their illicit profits,” the announcement said.

Speaking with Cointelegraph, Ameet Naik, security expert at PerimeterX, commented on the official launch of the CFTF:

“Financial crimes and cyber crimes are two sides of the same coin. Digital skimming and Magecart attacks fuel dark web marketplaces and surface in the real world as payment fraud. That hurts businesses and erodes confidence in the financial system. The combined FBI Cyber Fraud Task Force will enable better data sharing and strike at the root of the problem.”

The mission of the brand-new CFTF aims to improve the coordination and dissemination of best practices for all its investigations of financially-motivated cybercrime.

The Secret Service said that the country faces a “growing threat” of transnational cybercrime, particularly against the U.S. financial system.

“This consolidation is good news, as so many financial crimes these days have a cyber element and cybercrime has a traditional element, such as the use of money mules to withdraw and muddy the money trail. By consolidating, there is far less bureaucracy and red tape to deal with when crimes cross both sides of the spectrum. Given the sheer amount of money that the organizations within the U.S. are hemorrhaging every year due to financial and cybercrime, it is nice to see the government taking this seriously and making moves to address the issue.”

A recent study by Digital Shadows revealed that over 15 billion credentials are in circulation via the dark web, representing a 300% increase since 2018. Available information ranges from network access credentials, banking login data, and even accounts from streaming services like Netflix.

Also, Cointelegraph reported that the number of successful ransomware attacks witnessed a decrease between January and April 2020 in the U.S. public sector amid the COVID-19 crisis. However, researchers have recently noticed that trend reversing, with incidents now starting to increase.