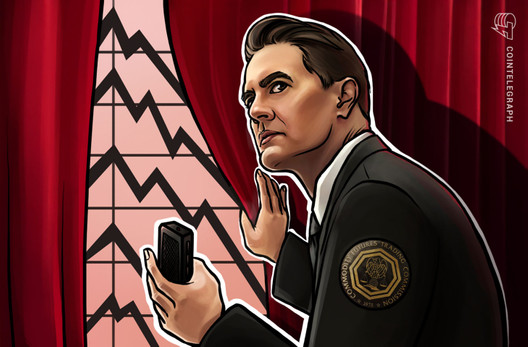 On July 13, the U.S. Commodity Futures Trading Commission (CFTC) issued an order filing and settling charges against the two firms. The same day, the U.S. Securities and Exchange Commission (SEC) announced that it had reached a settlement agreement with the respondents ahead of instituting its own cease-and-desist proceedings.

Misconduct and settlement with the SEC

The announcement states, “Abra is a private company headquartered in California that offers a phone application allowing people to conduct financial transactions through contracts memorialized on the Bitcoin blockchain.”

According to the SEC, the Abra mobile app enabled users to enter into financial transactions with Abra or Plutus Tech acting as the counterparty.

Users were encouraged to fund their accounts by depositing U.S. dollars, Bitcoin (BTC) or other assets and, as of March 2018, were able to enter into contracts to gain synthetic exposure to the price movements of dozens of currencies, including the euro and the Mexican peso.

Starting in February 2019, Abra expanded its business to enable app users to enter into contracts that provided synthetic exposure to the price movement of U.S. stocks and exchange-traded funds. The publicity campaign for the offering allegedly highlighted that users of the app would not be required to undergo Know Your Customer procedures.

Following conversations with the SEC, Abra ceased to offer these contracts but then resumed the offering in the second half of 2019, while attempting to restrict them to non-U.S. residents:

“Specifically, the companies said that foreign investors would enter into contracts with Plutus Tech, a private Philippine company partially-owned by Abra and dependent on Abra for funding and on Abra employees in California to run most of the business.”

According to the SEC, the contracts’ design, investor solicitation, marketing and hedging through stock and ETF purchases in the U.S. were all done by the California team. Moreover, despite screening and controls by both firms, Plutus Tech apparently entered into contracts with five people in the U.S.

The Commission has judged that the contracts in question were security-based swaps and were offered and sold to non-eligible contract participants without an effective registration statement, in violation of the U.S. Securities Act.

Moreover, the offerings violated the Exchange Act by effecting transactions with U.S. and overseas retail investors outside a registered national securities exchange.

Both firms are taking remedial actions that were accepted by the SEC and will comply with sanctions that require them to cease operating in violation of securities laws. In addition, they will jointly pay a civil penalty of $150,000.

The CFTC has required the two respondents to pay a $150,000 civil monetary penalty and to cease and desist from further violations of the Commodity Exchange Act as charged.

These violations involve unlawfully offering swaps to U.S. and overseas customers that were entered into without being subject to the rules of a board of trade designated as a contract market. They also involve operating illegally as an unregistered futures commission merchant.