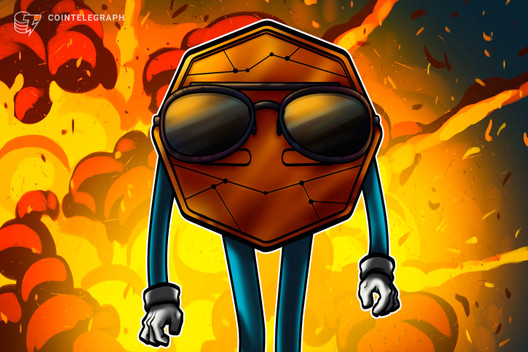 Documents reveal the Pentagon created a war game in which players were rewarded in Bitcoin for taking down financial institutions.

In the midst of ongoing protests across the United States, some turned violent by police brutality, one publication has uncovered information on a Pentagon war game created in 2018 that has an uncanny resemblance to current events.

According to a June 6 article on The Intercept, documents reveal the United States Pentagon created a game called the 2018 Joint Land, Air and Sea Strategic Special Program (JLASS). In the scenario, members of Generation Z — people born starting in the mid-1990s — are rewarded in Bitcoin (BTC) for their efforts starting a rebellion, i.e. “Zbellion”.

Players in the fictitious United States in the 2020s are given the proceeds of their attacks on target corporations, financial institutions, and political and non-profit organizations that support “the establishment” in the cryptocurrency.

According to the document, “Zbellion uses software programs to route any proceeds into laundering programs that ultimately convert national currencies into Bitcoin” and makes “small, below the threshold donations” to “worthy recipients”, including members who conduct the attacks or have a financial need.

Though purportedly created in 2018 — before the coronavirus pandemic and the rising authoritarianism of Trump and his supporters in Congress — the backstory of the game resembles the current forces driving some towards cryptocurrency in the United States.

Meanwhile, the Zbellion begins with rallies and protests to “expose injustice and corruption”. People across the country are currently gathering in major cities to demand justice for the police murder of African-American George Floyd.

In the actual 2020s, it’s not just the youngest generation moving towards crypto in response to “a feeling of unsettlement and insecurity”.

Cointelegraph has reported on how Bitcoin can be a tool for protesters of all ages against financial institutions. One crypto YouTuber even moved to Saipan to escape the “totalitarian tyranny” he predicted was about to occur in America.