US Lags Behind Other Nations Regarding CBDCs, Says Former CFTC Commissioner 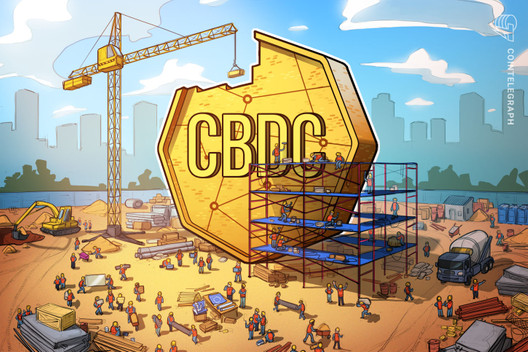 According to former CFTC Commissioner Sharon Bowen, the U.S. is behind other nations working on a CBDC.

Sharon Bowen, a former Commissioner at the United States Commodities Futures Trading Commission, today said that the U.S. was falling behind other nations that are working on a central bank digital currency, or CBDC.

During a webinar hosted by the consultancy firm Accenture, Bowen — currently a board member at Intercontinental Exchange — said that a CBDC would help the U.S. dollar maintain prominence in the world economy.

She stated that if the U.S. does not want other nations to “threaten the monetary policy or monetary supply” of the dollar, it must seriously consider cross-border transactions through the use of a CBDC.

Bowen stressed that, while the Federal Reserve chairman believes that the government and not private entities should develop the CBDC, it was important to bring multiple stakeholders for a more diverse perspective.

Late to the game?

Adding to what Bowen said, the head of blockchain at the World Economic Forum, Sheila Warren, said that the U.S was certainly late to the game but whether it is still behind was a separate question.

She explained that developing nations are able to more easily experiment with a CBDC because they are exploring use cases on a domestic level. “They weren’t setting the table for the entire global economy,” she added.

For the U.S. to develop a digital fiat currency, Warren said, the country needs to assess its priorities, and carefully consider what problems could be solved in the short term and mid term and also recognize what problems are out of scope for a CBDC.