US government is getting serious about tracking crypto 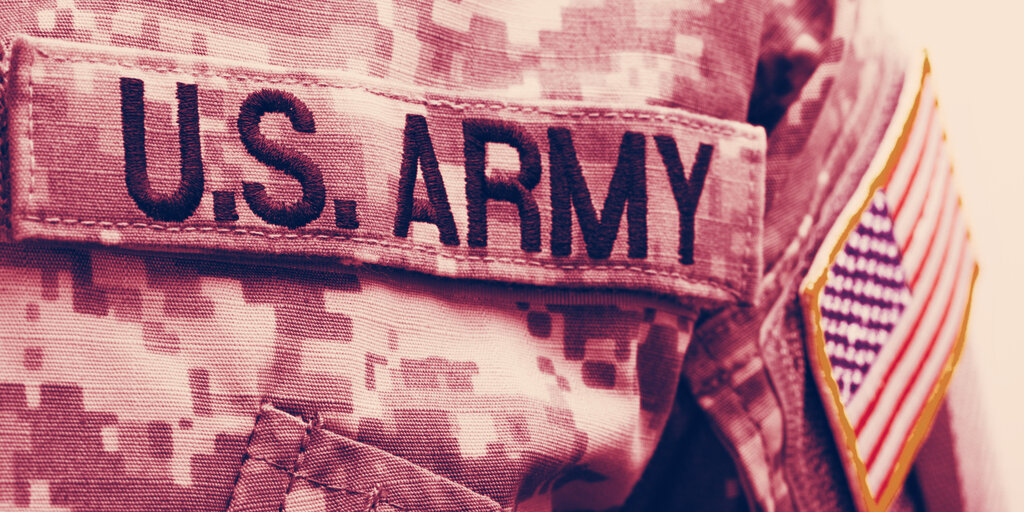 The Department of the Army, the federal agency that is part of the Department of Defense and oversees the US Army, is on the hunt for a cloud-driven tool that can help the Army Criminal Investigation Division Command track cryptocurrencies and analyze transaction sources.

Rather than seek a developer to create a bespoke tool specifically for the agency, the official Request for Information description specifically notes access to a web-based platform that is already up and running.

According to the description, the agency seeks “potential contractors capable of providing one license for one user of a cloud, web-based application capable of assisting law enforcement to identify and stop actors who are using cryptocurrencies for illicit activity such as fraud, extortion, and money laundering.”

The Army’s request further noted that it seeks an application that will enable its years to “conduct in-depth investigation into the source of cryptocurrency transactions and provide multi-currency analysis from Bitcoin to other top cryptocurrencies.”

The Department of the Army has set a deadline of July 20 for submissions, with the potential for a one-year base agreement with up to four additional option years.

Earlier this month, the US Internal Revenue Service (IRS) released its own Request for Information for tracking tools that would help it with privacy-centric cryptocurrencies, as well as Layer 2 off-chain protocols such as Bitcoin’s Lightning Network. However, that particular request sought a working prototype for a bespoke tool that could be developed to its specifications.

Have seen a few articles talking about Coinbase Analytics – figured I would share my thoughts on it, since I don't think it's particularly newsworthy – and lots of conjecture out there.

Cryptocurrency exchange Coinbase has also racked up US government contracts of late. Over the weekend, it was revealed that Coinbase had sold access to its analytics tools to the US Secret Service—something that Coinbase CEO Brian Armstrong defended on Twitter, albeit to largely negative responses from prominent members of the crypto community.

The reaction was much the same as seen in early June, when public records also showed that Coinbase was selling its analytics software to the IRS and DEA.