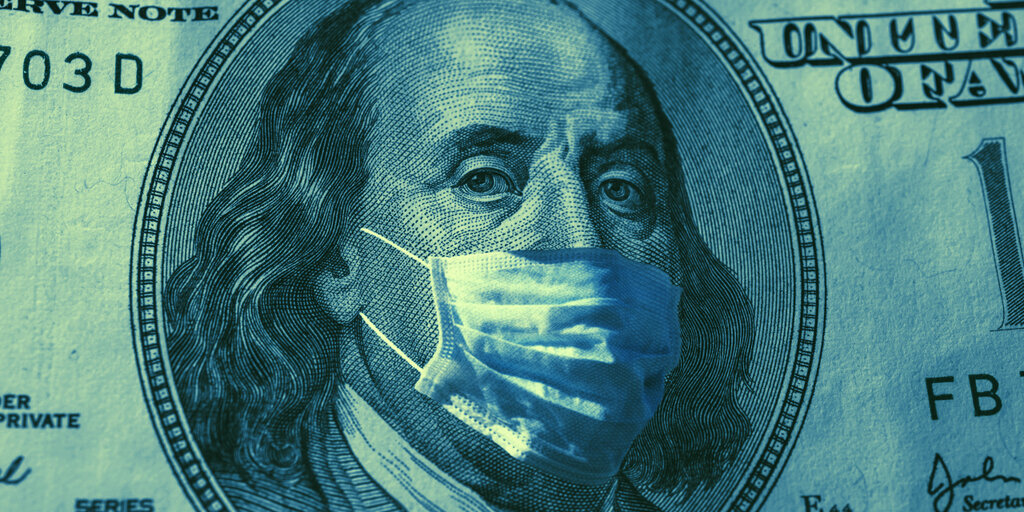 The gross domestic product of the United States just had its worst quarter-to-quarter drop in history. But the economic slump hasn’t had an adverse effect on Bitcoin and its related crypto market, which has grown considerably during the same time period.

According to the US Department of Commerce’s Q2 report, US GDP fell 32.9% in Q2, the worst quarter-to-quarter change in the country’s history. The second worst plunge came in 1921, when GDP fell some 28%. For comparison, the most drastic hit to GDP during The Great Recession was in the ballpark of 8%.

This news comes fresh off the backs of 1.4 million new joblessness claims, bringing the total number of processed claims since the beginning of 2020 to 54 million. Though not all of these claims are active, the Commerce department said that some 17 million Americans are currently unemployed, a staggering total that is still around 10% of the US workforce.

While it’s a stark reminder of the economic turmoil that the coronavirus pandemic has caused in the United States and throughout the world, the cryptocurrency market has fared considerably better during the same period.

$745 million in Bitcoin options expire tomorrow: What to expect

Crypto saw a surge of growth between Q1 and Q2, according to data from crypto research firm Messari. Bitcoin, for example, nearly doubled its market cap over the course of Q2, growing from $118 billion to its current $204 billion valuation.

Ethereum enjoyed an even larger increase, more than doubling its market cap over the same timeframe from $14.8 billion to $36.4 billion. Data also shows that the crypto market’s aggregate market capitalization has grown from $178 billion at the beginning of April to $323 billion today.

Looking outside of price, you can see the market’s expansion in on-chain metrics as well. The number of Ethereum addresses holding at least 32 ETH (or, how many will be needed to stake an Ethereum validating node for the pending ETH 2.0 upgrade) hit an all-time high in June. In May, Bitcoin address growth had already posted a 47% gain since the beginning of the new year, while the number of wallets holding at least 0.1 BTC recently hit an all-time high, according to Glassnode data.

As we move into Q3, the cryptocurrency market could be poised for yet another boost, as government-led economic stimulus schemes—which some analysts have argued have proved beneficial for Bitcoin and its investors in 2020—show no signs of slowing.