US Attorney General Lays Out Plan to Crack Down on Crypto 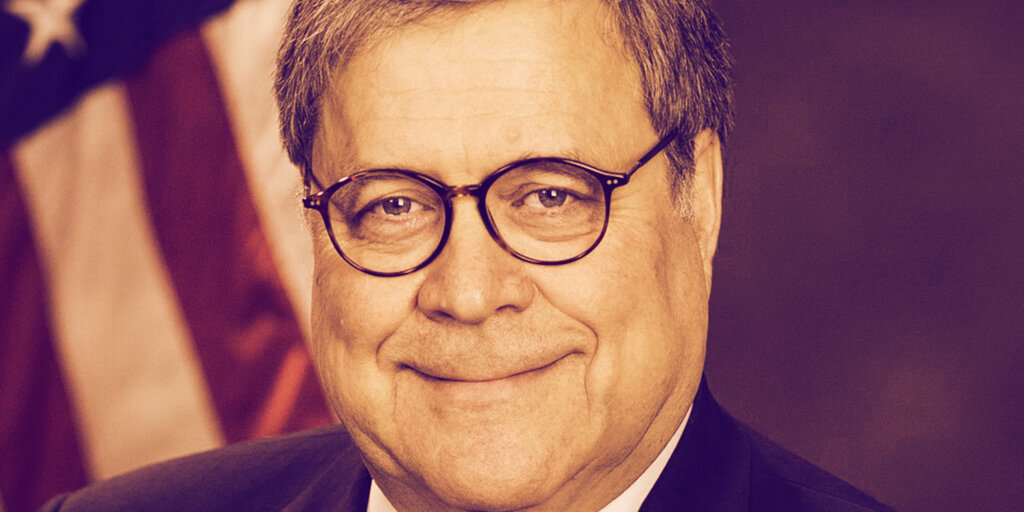 The US Attorney General today released a report examining the dangers posed by cryptocurrencies.

Attorney General William Barr announced the release of his office’s “Cryptocurrency Enforcement Framework”—which provides an overview of the “threats and enforcement challenges” related to increasing crypto adoption and how the Department of Justice can deal with them.

The 83-page document lays out the perceived dangers of cryptocurrencies—mainly that they are being used by criminals, according to the DOJ.

“Indeed, despite its relatively brief existence, cryptocurrency technology plays a role in many of the most significant criminal and national security threats that the United States faces,” it continued—adding that cryptocurrency is increasingly being used to buy drugs on the internet, launder dirty funds, or fund terrorist groups.

The report also said that criminals can avoid being traced by using cryptocurrency instead of fiat and request digital assets to pay for illicit goods, such as child pornography or weapons—seemingly ignoring the fact that cash is used for much of the same, while crypto is transacted across transparent, public ledgers.

But the report also said that crypto can be beneficial to the US—if used wisely.

Feds seize millions in Bitcoin from ISIS, al-Qaeda in ‘largest ever’ bust

“To promote public safety and protect national security, all stakeholders—from private industry to regulators, elected officials, and individual cryptocurrency users—will need to take steps to ensure cryptocurrency is not used as a platform for illegality,” it said. “Indeed, for cryptocurrency to realize its truly transformative potential, it is imperative that these risks be addressed.”

In his statement, Attorney General Barr said that cryptocurrencies are “vitally important” to the US and its allies, as long as it “does not imperil” public safety.